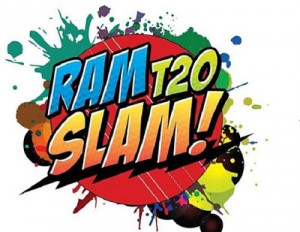 There are indications that the Ram Slam T20 is starting to fall behind the various T20 tournaments around the world. Since the demise of the Champions Trophy with its playing opportunities and financial rewards, the South Africa franchises have lost interest in making the Ram Slam a truly international tournament.

Last year the franchises each signed an overseas player to lift the profile of the tournament and give it an international flavour. These signings were mainly West Indian and some of the best T20 players in the cricketing world. It was probably the best South African T20 tournament ever due to the quality and charisma of the West Indians.

This year there are only three players’ contracted to play in the Ram Slam.  Andre Russell and Kieran Pollard will return to the Knights and Cobras respectively, while the Dolphins have signed Kevin Pietersen, but only for the first four matches. There is talk of Dwaine Bravo replacing him for the rest of the tournament. The Titans, Lions and Warriors have decided not to have overseas players for various reasons.

In the meantime T20 cricket is growing globally with Bangladesh announcing the return of the Bangladesh Premier League and Pakistan launching the Pakistan Super League in the UAE in February 2016. Both these tournaments still have to actually take place, but certainly indications are that they will happen. Also, they will be reasonably rich and attracting the best T20 players in the world.

The Indian Premier League is by far the richest T20 tournament in the world, followed by the Australian Big Bash. The Caribbean Premier League is not as rich but is stable and a wonderful place to host a T20 tournament. In profile and economically, all three are way ahead of the Ram Slam. If Pakistan and Bangladesh happen as expected, then they will also be ahead of the Ram Slam. This will relegate the Ram Slam to the least attractive global T20 tournament – not only economically but also for the lack of vision and ambition of the franchises, even though South Africa is a fantastic cricketing country.

Cricket South Africa needs to address this matter as world cricket consists of two clear components, the international game and T20 domestic tournaments. If nothing is done to lift the profile of the Ram Slam it will lose its appeal and just become another domestic competition like the Momentum One Day Cup that has very little public support and interest. Its main function has become to produce players for the Proteas’ One Day international team.

Cricket South Africa must commercialise and invest in the Ram Slam to increase its profile and at least compete with the T20 tournaments in Pakistan, the Caribbean and Bangladesh .