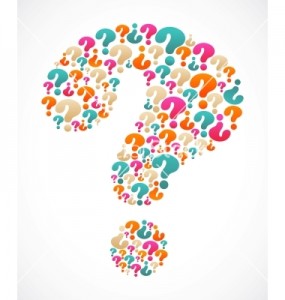 Perhaps it is a good thing that the Indian Premier League (IPL) starts next week.  Eleven squad members of the Proteas’ failed World Cup campaign will be in action and they will not have much time to ponder the “what if’s”.  For the moment…

Both in terms of relative strength to the other teams as well as their own strengths, 2015 represented the Proteas’ best shot at glory since Hansie Cronje took the best ODI team in the world to England in 1999.  So where did it all go wrong..?

Relatively speaking, from 1999 to 2007 the Proteas competed against an Australian team that in terms of world cricket is right up there with the best of the best – Bradman’s “Invincibles” of the 1940’s and the Windies of the 1970’s & ’80’s.  In 2011 the world (not only the Proteas) simply came up against an Indian team that everything going for it – massive fan support, home ground advantage and legends like Sachin Tendulkar, Rahul Dravid and Virender Sehwag at the height of their powers.

As predicted in earlier columns, the semi-finalists turned out to be South Africa, Australia, New Zealand and India.  After an indifferent start to the tournament, the Proteas were just beginning to find form when they were thwarted by a combination of the weather and a determined Kiwi outfit in a game that could have gone either way.  There was no disgrace in defeat.

However, when the dust has settled and the emotions of the Proteas’ heart-wrenching semi-final exit have evaporated, the South African brains trust will have to acknowledge that poor selections have let the team down.  As a result the Proteas never played at its full strength.

There were just so many things wrong with selections:  The exclusion of Ryan McLaren and Robin Peterson from the World Cup squad.  The non-selection of a recognised allrounder, thereby indicating the Proteas will become the first side in history to win the World Cup without one in its ranks.  Not selecting Aaron Phangiso for any games.  Why was he there?  The token black African player?  The inability, even on the highest stage, to view all selections without “quota eyes”.  The whole Vernon Philander / Kyle Abbott semi-final selection debacle.  And just for good measure, the selection of (and by implication seeming inability to do anything without) a raft of consultants – Charl Langeveldt, Gary Kirsten, Michael Hussey, Mike Horn.

Cricket South Africa wants to “sell” the game of cricket to the majority of the population.  The best way to convert them to this great game is by winning the World Cup.  The best chance of winning the World Cup is by selecting the strongest possible team.  The cricket politicians might make a song dance, but genuine cricket lovers, whether newly converted or old fans, won’t be bothered what the racial make-up is of a World Cup-winning team.

We have the players who would’ve given us a better chance of winning the World Cup and thereby winning over more cricket followers.  The selectors just didn’t pick them.