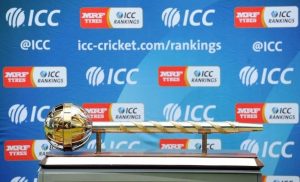 The Proteas have climbed in the Test and ODI rankings.

In Test cricket South Africa is ranked second behind India, who has had the advantage of playing all their Tests at home during this period. The Proteas in comparison have won Test series away from home against Australia and New Zealand during this period. With a tour to England and home series against Bangladesh, India and Australia coming up, the Proteas will have the opportunity to overtake India as the world’s number one ranked Test team.

The Proteas are ranked number one in One Day International cricket after dominating series wins against Australia and Sri Lanka at home and winning away against New Zealand. This could not have come at a better time as the ICC Champions Trophy takes place in England later this year. The Proteas will start the tournament as favourites being the top ranked ODI team.

The only format where the Proteas have slipped is in the ICC T20 rankings. South Africa has slipped from third to the fifth position. This is mainly due to them losing the T20 series against Sri Lanka earlier this year in South Africa. However, the selectors did not pick their best team and blooded some younger players in the series that was lost 2-1. This can be seen as an investment in the future of South African cricket. The selectors must be complemented for their vision and initiative on doing this.

Cricket South Africa can look back on a successful period of ICC rankings as they plan for the next paradigm of international cricket.