Proteas have lost their Asian mojo 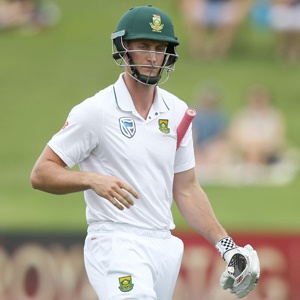 Theunis de Bruyn, the only shining light for the Proteas in their last 6 Test matches in Asia. Getty Images

It there was any belief that the Proteas are still the side they were when they were number one ranked Test team in the world, then the recent Test series defeat in Sri Lanka has crushed it.

You don’t become the best in the world if you cannot beat (or at least hold your own against) Asian opposition in Asia.  That is what the Proteas did in Asia from 2007 to 2015 and that is why, for the majority of this eight-year period, they were the best Test team om the planet.

From October 2007 to July 2015, the Proteas played seventeen Test matches in Asia across eight series.  They didn’t lose any of these series, winning three and drawing five.  In all they won seven Test matches, drew seven and lost only three.  No other country outside Asia came close to emulating the Proteas over this period.

But in the two Asian Test series since then (four in India in November-December 2015 and two in Sri Lanka in July 2018), the Proteas have failed spectacularly.  Out of six Test matches, the Proteas lost five; the sixth was a draw in a rain-affected game in Bangalore.  Even worse are the five margins of defeat – by 108, 124, 337, 278 and 199 runs respectively!

The biggest culprits in the decline have undoubtedly been the Proteas’ batsmen.  While the batsmen will probably be quick to point out that the difficult, spin-friendly pitches on which those six Test matches were played (the ones in India were some of the dodgiest in cricket history), it is not as if the seventeen before were all featherbeds.  The cold fact is that while South Africa’s batsmen scored 26 hundreds during their golden period in Asia, they managed only one in the last six.  That solitary hundred came from Theunis de Bruyn, in the final Test against Sri Lanka.  He made 101 in his first Test match on Asian soil.

The Proteas finished the Sri Lankan series with a batting average of 14.52, their second lowest since readmission in series in which their batsmen have batted at least 30 times.  Until De Bruyn’s masterclass, the Proteas were in serious danger of ending up with a lower average than the paltry 13.75 they managed in India in 2015.

The one batsman whose fall encapsulates the Proteas’ decline is Hashim Amla.  He missed only one Test match in the golden period, scoring 1,606 runs (including seven hundreds and five fifties) at an average of 73.00.  In eleven innings since then, Amla has a highest score of 43, an aggregate of 158 runs and a paltry average of 14.36 (compared to his Test career average of 47.13).

The hallmark of all the great Test teams is their ability to consistently perform across the world under all conditions.  The Proteas of 2007-2015 was such a side, as their record in Asia proves.  Their recent record in Asia proves exactly the opposite.  The Proteas of Faf du Plessis have an Everest to climb if they are ever to come close to the achievements of Graeme Smith’s Proteas.