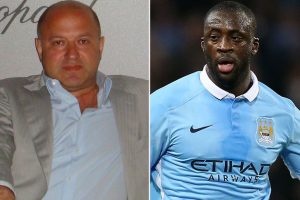 It is a time-honoured principle of the relationship between a principal and an agent that the agent must always act in the best interest of the principal.  In the world of international sport where the principal is usually a well-known sport celebrity, the practical application of this principle has many facets.  One of it is that it is always about the principal (i.e. the player) and never the agent.  In other words, the player must be on the front pages of the newspapers, not his agent.

However, it looks like these “old school” principles are becoming exactly that, “old school”, and the distinction between the roles of the player and his agent blurrier by the day.  The current standoff between the English Premier League club Manchester City and their Ivorian midfielder Yaya Toure neatly illustrates this point.

Toure’s current contract with the club expires in June 2017.  At the time that it was signed, the club was under different management.  In July this year, Spaniard Pep Guardiola took over as manager.  During pre-season training, it soon became clear to the 33-year old Toure that he wasn’t in the new manager’s long-term plans.  His premonition was confirmed when at the end of August, Guardiola didn’t name him in his official squad for the UEFA Champions League.

Toure’s omission prompted a public tantrum from his Monaco-based agent Dimitri Seluk.  Seluk told the Sunday Mirror:  “If he wins the Champions League for City this season then I will travel to England and I will say on television that Pep Guardiola is the best manager in the world.  But if City don’t win the Champions League then I hope that Pep has got the balls to say that he was wrong to humiliate a great player like Yaya.  As his agent and friend, it is my job to speak if I feel Yaya is not being treated fairly.”

In reaction, and with the apparent blessing of the Manchester City board, Guardiola has simply told Toure he will not play for Manchester City again unless his agent apologises for the comments.  Seluk is steadfastly refusing.

Toure has done nothing wrong and is being punished for something his agent did.  In fact, he is still training with the team, still receives his £220,000 per week salary and has publicly stated there is no rift between him and Guardiola.  Bizarrely, Toure has also publicly stated that he has absolutely no intention of giving Seluk the boot.

One fails to see how Seluk’s comments can in any way be construed as being in the best interest of Toure.  His omission from Manchester City’s squad is a selection issue; it has nothing to do with the agent.  It has also meant the agent catching the limelight instead of the player, thereby creating the impression (at least) that he’s put his interests above that of the player.

Or could it be that Seluk has a hidden agenda?  Maybe he has one final hurrah lined up for Toure and in order to achieve it he has to bend a little the principles of the principal/agent relationship – a case of the end justifying the means.

The player agent operates in an evolving environment but the principles governing his relationship with his client are immutable.  If the agent becomes just as prominent as the player, whose interests then come first?  Seluk’s strategy might make some short-term gains but in the long run it is not a sustainable model for a player-agent relationship.