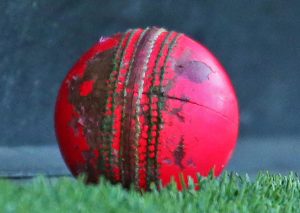 It would be safe to assume that day/night (or pink ball) Test cricket looks set to stay.

The second day/night Test match between Pakistan and the West Indies was played in Dubai from 13-17 October 2016.  On Monday this week, the Proteas completed the third ever Test match of this kind, losing the third match in a 3-match series against Australia in Adelaide.  The next one will be the first Test between Australia and Pakistan, starting on 15 December at the Gabba in Brisbane.

Whilst it took the English 21 years to host their first floodlit ODI, they haven’t let any grass grow under their feet with day/night Test cricket.  In August 2017, Edgbaston in Birmingham will be the scene of a day/night Test match between England and the West Indies.  Yesterday various media sources reported that the England and Wales Cricket Board (ECB) have agreed in principle to play the first Ashes Test under lights on next year’s tour of Australia.

It would be safe to assume that day/night (or pink ball) Test cricket looks set to stay.

Floodlit first-class cricket was first played in 1994, when the concept was tried during the Australian Sheffield Shield.  It didn’t catch on.  But then in the late 2000’s the idea was being rekindled.  In February 2011 the first floodlit first-class cricket match in which the teams used a pink ball was played between Guyana and Trinidad & Tobago in Antigua.  This experiment prompted the International Cricket Council (ICC) into action and in October 2012 the playing conditions for Test matches were amended, permitting day/night Test matches.

By all accounts, the two Adelaide pink ball Test matches were huge successes, from a playing as well as commercial pint of view.  At the moment, the commercial success comes from its novelty value.  It will eventually wear off.  The challenge for the game’s marketing gurus will be not to overplay their hand.  One Test match per high profile series should be enough.  There is no sense in overdoing it.

From a playing point of view the concept presents a number of new considerations.  Firstly, the venue options are limited as only a handful of stadiums have adequate lighting. At the moment it’s the Adelaide Oval and Gabba in Australia, the international stadium in Dubai (how much of an option this is in the long-term is debatable; Pakistan only play there at the moment because of security fears in their own country) and, it would appear, Edgbaston in England.  However, if pink ball cricket does take off, expect a few electrical companies to be doing rather good business elsewhere in the world…

Secondly, the players have to get used to the pink ball.  Feedback from the bowlers in particular is that it’s nothing like either the traditional red ball for first-class cricket, or even the white ball used for limited overs cricket.  It presents cricketers with a completely new challenge.  They could either embrace it or scoff at it.  The future of day/night Test cricket could depend on something as simple as the acceptance or not of the pink ball.

Thirdly, players and coaches will have to come to grips with a different tactical outlook for these matches.  It has the promise to spice up first-class cricket – give it a new dimension – but again the success will hinge upon acceptance by the players and coaches.  For starters, from a South African point of view, it would be good to schedule a few Sunfoil Series matches under lights.  The Aussies had a distinct advantage in the Adelaide Test match because a lot of Sheffield Series cricket is being played under lights this season.

Love it or hate it, this format of the game is here to stay for the foreseeable future.  Don’t fight it.  Rather enjoy the ride until either the concept disappears or the novelty has worn off.