OWS Cricketers in the UK and Holland 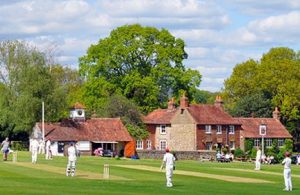 A healthy contingent of OWS cricketers are plying their trade in club cricket during the UK’s 2017 season.

As always a healthy contingent of One World of Sport cricketers are plying their trade in club cricket during the UK’s 2017 season.

Craig Alexander and Gihahn Cloete are enjoying their first taste of English club cricket.  Alexander is playing for Preston Nomads (based in Hove) in the Sussex Premier League and Cloete for Prestwich in the newly formed Greater Manchester Cricket League.

For Aubrey Swanepoel, Brendon Louw and Michael Erlank it is the second time in their careers that they have the privilege of playing club cricket in England.  Swanepoel is with Stokesley in the tough North Yorkshire & South Durham Premier League, while Louw and Erlank are both at Lancashire premier league clubs – Ribblesdale Wanderers and Accrington respectively.

One World of Sport’s Australian client, Gerry Fatouros, signed up for another season at The Mote in Kent.

Kelly Smuts is into his fourth consecutive season as the overseas professional at an English club.  This season he’ll be turning out for the famous Todmorden Cricket Club in the Lancashire Premier League.

North of the border, two One World of Sport cricketers are plying their trade in Scotland.  For the second year in a row, Hayes van der Berg has signed up with Heriot’s and Shaylen Pillay is spending a season at Stewarts Melville Royal High (SMRH).  Both clubs are in Edinburgh.