Of points and pitches 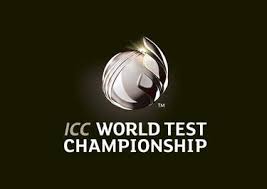 The new World Test Championship (WTC) is now well under way.  The current Test match between South Africa in Pune (the second in a series of three) is already the eleventh in the first cycle of the WTC.  The WTC is one of the best things to have happened in Test cricket in a long time.  It gives Test cricket a context and meaning.

Unfortunately the first ten matches of the WTC have also brought to light a glaring shortcoming – the points system.

In the first cycle, each team will play six series.  Each series counts 120 points, with the points distributed equally over the number of matches in a series.  The points allocation is therefore as follows:

In August Sri Lanka and New Zealand drew their two-match series, so each team got 60 points.  At the same time England and Australia drew their five-match series 2-2 with one match drawn.  They each got 56 points from the series.

There is no way on earth that anyone could argue it took a lot more effort out England and Australia to accumulate their 56 points, than for Sri Lanka and New Zealand to get 60 apiece.  It is simply unfair that the total number of points for a five-match series and a two-match series should be the same.  If the International Cricket Council (ICC) does not rectify this problem, the WTC will be the death knell for any series longer than three matches and world cricket will be the poorer for it.

Another interesting debate the WTC has thrown up is home advantage and the impact it will have on the points table.

Preparing pitches that favour the home side is something that has dogged the ICC in recent years.  In November/December 2015 South Africa lost a four-match Test series in India 3-0.  The pitches were as spin-friendly as you could get and two matches ended inside three days.  The ICC for example rated the Nagpur pitch poor and initially banned all further Test matches at the ground.  South Africa’s retort for India’s visit in January 2017 was to prepare “green tops”.  At the Wanderers it earned South Africa a fine for preparing a pitch with “excessively steep and unpredictable bounce”.  The ICC has placed the Wanderers under warning until 2023.

If the majority of Test series are going to be two- or three-match affairs, making sure you win your home matches in the WTC will become even more important.  And so too will be the temptation to prepare home-friendly pitches.

In view of this, Virat Kohli’s recent remark regarding the WTC points system is baffling:  “If you’d have asked me to make the points table, I would give double the points for an away Test win. That is something that I would have definitely liked to see.”  If there ever would be an incentive for a curator to prepare a home-friendly surface and thwart the visitors, double WTC points would be it.

In terms of the ICC’s current points system, the home side will only lose points if the match is abandoned because of an unfair pitch.  If the pitch is sub-standard but the match is not abandoned there is no points penalty.