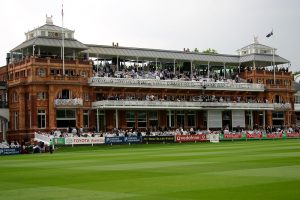 The uniqueness of place, atmospheric conditions, weather and even aura (think Lord’s), make cricket a sport like no other.

In a world where elite sport is becoming an increasingly homogenised product, the breadth of differences cricket offers in its many bilateral series is the thing that could set it apart from any other sport or sport event (with the exception perhaps of golf).

In three areas, elite sport and sport events have become carbon copies – we see it over and over every week, every year.  Firstly, from a commercial point of view, international events like the Olympic Games, the various World Cups (soccer, rugby, cricket, etc.) and the UEFA Champions League (to name but a few) all have the same look and feel no matter in which stadium it is staged.  When one watches old footage of these events from the 60’s, 70’s and even into the 80’s, the first thing that strikes you is the range of different sponsors and advertisers at each event.  If it weren’t for the changing of a logo and mascot, one would struggle to distinguish the London Olympics from Rio de Janeiro.

Secondly, surfaces are all standardised.  A clay court is a clay court, whether you’re playing at Roland Garros, Monte Carlo or the Foro Italico.  Ditto any boxing ring, basketball court, ice hockey rink or athletics track.  Sure, the stadia will have different vibes and the crowds coming through the turnstiles will differ.  But the sporting challenge itself remains fundamentally unchanged because the surfaces are unchanged.

Finally, many sports have become predictable and, as a result, boring.  Rugby union is a pertinent example.  Structures, defensive patterns, running lines, protecting the channels – all jargon we hear and see Saturday after Saturday.  The sport has become little different than its bumper-car cousin, rugby league.  Rugby union is in a torpid state.

Cricket, however, has a natural, in-built diversity that needs to be protected like a precious gemstone.

Cricket cannot exist in the sanitized versions of clay court tennis or the Olympic Games.  As a cricket scribe recently put it:  “It is irrevocably wedded to its setting, to the point where the setting becomes almost a protagonist in its own right.”  How true.

The uniqueness of place, geography, geology, atmospheric conditions, the weather and even aura (think Lord’s), make cricket a sport like no other.  Vernon Philander will be quick to tell you that bowling to David Warner at Kingsmead in March in 85% humidity is an entirely different prospect than bowling to him with a pink ball under lights at the Adelaide Oval.  Similarly apart from a hard, red ball and 22 yards from stumps to stumps, virtually nothing will be the same for Philander bowling at Newlands, Edgbaston or Eden Gardens.

Cricket should favour the home team.  It should be hard winning away from home.  In many ways, it is what makes it such a thrilling challenge in the first place.  If the odd whitewash is the consequence, then maybe it is a trade-off worth making.  As former Indian captain, MS Dhoni, so matter-of-factly put it at the conclusion of their 3-0 series win in India against South Africa in 2015:  “When they play here, we prepare spinning wickets.  When we go to South Africa, they prepare bouncy wickets.  I don’t see the difference.”

The different conditions depending on where you’re playing in the world aren’t just some cricket quirk.  It is something that should be cherished, not fought by things like importing ICC-appointed groundsmen.  Isn’t it part of the uniqueness and charm of cricket that you can turn up to watch a game of cricket at a certain venue, and know that if these exact same two teams were playing somewhere else, you would be seeing a different game entirely..?