New signings for One World of Sport 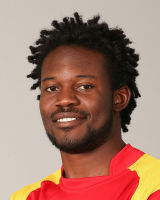 One World of Sport is proud to announce the signing of two exciting cricketers.

Mihlali (“Popos”) Mpongwana is a future star.  He made his debut for Western Province during the 2018/19 season, representing them in one first-class and six List A matches.  He was also one of the stars for the Cobras at the annual Cubs Week in Stellenbosch in 2018 & 2019.  Mpongwana is a bowling allrounder – right-arm fast and right-hand bat.  In his six List A matches this season he has already taken 11 wickets, at an impressive average of 20.90 and economy rate of 5.34.  He is currently a first-year student at the University of the Western Cape.