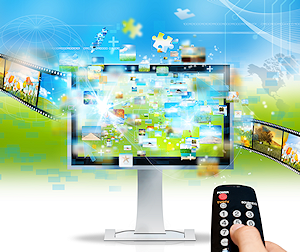 The demands of the television rights holders for product have resulted in far too much sport being played.

The Professional era coupled with satellite television has started to create problems for professional sporting codes around the world. The demands of the television rights holders for product have resulted in far too much sport being played. The plethora of sport on television and at stadiums has literally exhausted the sports fans. The attendances and television audiences are proof of this. The principle of supply and demand has gone haywire with supply dangerously far outweighing demand.

The administrators will need to address this problem and ensure that tournaments and series have future context. Sporting context is built around tried and tested formats, scheduling and historical significance of a sport. Good examples of this are the Six Nations, Ashes Series and Barclays Premier League.

The Super rugby competition that is currently being played enjoys junk status and is a good example of a league that has no context. The competition is too long and fans have already lost interest as it has gone on forever. It can hardly be called a competition because the teams don’t play each other equally; it is more like a festival of rugby. The format is a disaster to follow as it has four logs making it impossible to track the path of one’s team.

International cricket is another example of a sport that is overplayed with bilateral series having no context. The International Cricket Council is trying to address this problem by creating tiers for both Test and ODI series. They urgently need to address the quality of the product and it’s over exposure. Also, there are too many ICC events like the Champions Trophy that once again have no context and water down the World Cup that takes place every four years.

The recent inbound rugby tours were a revelation because all three were three Test match series’. This gave them context as compared to the previous policy of two or one off Test matches. All three tours to South Africa, New Zealand and Australia generated healthy interest and attendances. The foundation has been laid for an exciting Championship involving the Springboks, All Blacks and New Zealand.

Administrators in all sporting codes and television rights holders will have to plan carefully for the future with regards to the quality of content and its exposure, if sport is to survive the professional era. It can’t only be dollar driven as the fans who are the life blood of sport will vote with their feet and finances.