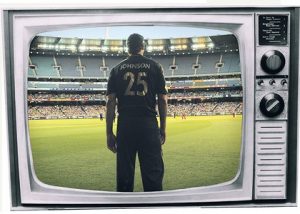 Marrying television with T20 cricket is the alpha and omega of the format’s commercial success.

Cricket is by its very nature a long game.  It is one of the reasons why, for example, the sport has never appealed to the American pioneering psyche.

The advent of T20 cricket changed all that.  All of a sudden the sport had a shortened format that could compete with all the other major team sports in terms of television time and fans’ attention spans.  Capitalizing on this opportunity and making cricket commercially viable as opposed to other sports has become the biggest driver of cricket.

Three major events in 2017 highlighted the importance of a successful marriage between T20 cricket and television for cricket’s commercial future:  Firstly, the announcement in April of a newT20 league (still unnamed) that the England & Wales Cricket Board (ECB) will launch in 2020.  Secondly, the announcement in September by the Board of Control for Cricket in India (BCCI) of a massive new broadcast deal for the Indian Premier League (IPL).  And finally, in October Cricket South Africa (CSA) postponed its inaugural T20 Global League (T20GL) to November 2018.

The new domestic T20 competition in England is underpinned by a growing realisation in cricket’s most traditional market that the sport has to be more robust and future-facing.  Still, the competition structure will not go down well with traditionalists:  It will be contested by eight city-based teams which will fit over the top of England’s historic 18-county competition.

However, the new structure was the key to the ECB’s endeavours in securing the biggest television deal in the history of cricket in England.  The five-year deal between existing pay-TV partner Sky Sports and the publicly funded BBC, bringing live English cricket back to free-to-air TV at home for the first time since 2005, will deliver a staggering £1.1 billion to the ECB’s coffers.

The BCCI went to market with the IPL’s broadcasting rights for the first time since its inception in 2008, when a founding ten-year deal was signed with Sony Pictures India.  The organisers stunned not only the cricket world but global sport by securing US$2.55 billion from Star Sports for the next five years, more than doubling its money on a contract which runs for half the length of its predecessor.

The surest sign, however, of the IPL’s growing global importance lay in some of the subplots to the whole tendering process.  The American social media behemoth, Facebook, bid US$610 million for the digital rights in India.  The digital rights were eventually included in Star Sports’ package, but Facebook’s bid was an unprecedented move from a global player who clearly saw the commercial value of T20 cricket.  Also, the Star Sports deal represents the first time that media rights in domestic cricket is worth more per match than the international game.

The ECB and IPL deals immediately prompted discussions on whether they were outliers or game-changers.  The question was soon answered in favour of the latter.  The inaugural T20GL collapsed primarily because of CSA’s inability to secure a broadcast sponsor.

The reasons for CSA’s failure to land a broadcast sponsor can be debated until the cows come home.  Going forward, CSA might also tinker with the competition format, debate whether teams should be privately owned or by themselves, change the personnel responsible for running the tournament, or do whatever.  The point is none of these will matter until a proper broadcast deal is in place.

The ECB and IPL deals clearly tell us that marrying television with T20 cricket is the alpha and omega of the format’s commercial success.