Make sure your son is born in January 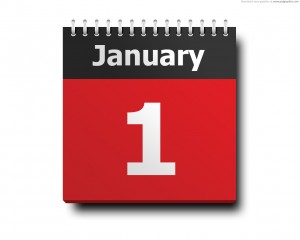 In 2008 the American author Malcolm Gladwell published a thought-provoking, non-fiction book. “Outliers: The Story of Success” was an instant, international best-seller.

Through a series of case studies, Gladwell sought to dispel the myth that successful people are self-made. Instead, he insists that successful people, in whatever field of human endeavour, “are invariably the beneficiaries of hidden advantages and extraordinary opportunities that allow them to learn and work hard and make sense of the world in ways others cannot.” According to Gladwell, in many instances great men and women are the beneficiaries of fortuitous timing. Their recipes for success are therefore nothing mysterious but simply the synthesis of timing and opportunity dedicated to a specific task.

To prove this particular hypothesis, Gladwell made an intensive study of the birth dates of professional men’s ice hockey players in Canada. Canadian boys compete in age groups according to the year in which they were born. For example, a boy born on 1 January 2000 will play ice hockey in the same age group as one born on 31 December 2000. The boy born on 1 January, however, clearly has a massive age advantage.

Gladwell found that the majority of professional ice hockey players were born in the first three months of the calendar year. Through the age groups they were always physically larger and more capable compared to their less mature peers. The fortuitous timing of their birth gave them the edge. Because they were bigger and stronger than the other boys in their age group, they practiced more and became even better. As a result each year the gap between them and the younger boys in their age group just grew bigger and bigger, until the younger boys eventually gave up.

Cricket in South African school sports is structured along exactly the same age group classifications as in Canada. This then begs the question whether Gladwell’s hypothesis will also hold true for cricketers in South Africa.

A South African Schools cricket team is selected every year in December at the conclusion of the Khaya Majola U.18 Cricket Week. From 2011 to 2014, a total of 40 boys have received this honour; eight of them twice. For these 40 boys, the number of birth dates for each month of the year are as follows:

The facts echo Gladwell’s findings. More than 50% of SA Schools players the last four years were born in the first four months of the year; 67,5% in the first half of the year. January alone produced a fifth.

What happens if one applies the test to the 17 players currently contracted by Cricket South Africa?:

It shows more or less the same pattern again. Seems a Canadian ice hockey fan can teach South African cricketers a thing or two about the odds: If you were born in January, just persevere; if you were born in December, don’t even bother.