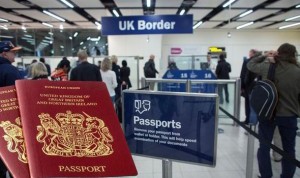 Unless they have an EU or British passport, South African cricketers can’t play professional cricket anywhere in the world without emigrating.

Historically South Africa is a country that has produced many fine athletes, especially in the team sports because of its sporting culture, facilities and good weather. In real terms, the country has produced more athletes than its needs are and continues to do so.

The modern day cricketer is the athlete that is feeling the tide of supply and demand against him the most. The professional game in South Africa is very small and not really well remunerated. There are only about 125 professional contracts in the country and these include the nationally contracted players.

The other complication is the quota system that allows a maximum of 65% of the players being awarded contracts to be white. Cricketers who are surplus to requirements because of racial quotas or a small professional system have no option but to give up their aspirations of becoming professional cricketers even if they are good enough. Unless they have an EU or British passport they can’t play professional cricket anywhere in the world without emigrating.

The global market for South African based cricketers consists of county cricket and the T20 tournaments around the world. The exchange rate makes these opportunities financially beneficial for cricketers if they can secure an overseas contract. County cricket registration is complex, based on overseas and Kolpak players who have sufficient international matches. For the T20 tournaments cricketers need a special set of skills and profile to secure contracts, attributes many crickets do not possess. These markets only accommodate a very small percentage of South African cricketers and mainly those who have played international cricket.

Rugby players on the other hand have maybe too many opportunities to play professional rugby around the world, especially in France and Japan. This has led to players giving up their right to play for their country and franchises for the euro or pound.

The outflow of South African rugby players will only grow with the launch of an American Professional League in the near future. It will undoubtedly need players and will have money, with South Africans being the main target.