Is traditional Test Cricket under threat? 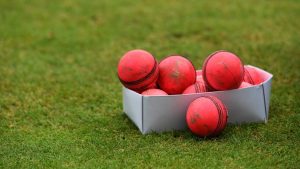 The future of Test cricket does not lie with 4-day pink ball Test matches.

The Proteas have now completed the first two Test matches of the peak international season. The four-day, pink ball (day/night) Test against Zimbabwe finished within two days and the Indian Test at Newlands in reality finished within three days. Four days of Test cricket have been lost commercially for sponsors, advertisers and television.

Zimbabwe is an ordinary Test team at best, but batting against the pink ball under lights at St. George’s Park was impossible. The night- time environment, together with lights, grass on the pitch and moisture, are a lethal cocktail and make batting impossible. The only thing learnt out of the Boxing Day Test at St. George’s Park is that day/night cricket is not an innovation; it will destroy Test cricket and its culture.

The Newlands wicket had far too much movement and bounce to be conducive for competitive Test cricket. On the first day 13 wickets fell and on the fourth day (which actually was the third) as many as 18 wickets fell. With the two top-ranked Test teams playing, this is not good for the marketing and sustainability of Test cricket.

Test cricket is a product that is built around fast-bowling if one analyses the history of Test cricket. With the amount of white ball cricket being played the game is struggling to produce the high quality fast bowlers like in previous eras. International cricket has become like county cricket where the amount of cricket is detrimental to producing high quality fast bowlers.

Also, when one looks at Test cricket on wickets that are responsive, modern-day batsmen do not have the technical ability to bat on such wickets. The old concept “of occupation of the crease” does not exist in modern-day Test cricket. The recent Newlands Test is a good a good example of this. Once again this is as a result of the amount of limited overs cricket that forms part of the cricketing schedule.

The greatest challenge for modern-day Test teams is to win away from home. This is mainly due to the nature of the wickets around the world; for example, South African wickets have pace and bounce and Indian wickets spin. Historically it has always been a challenge for touring teams – it is called home ground advantage.

However, in the professional era the International Cricket Council needs to set a standard for Test wickets ensuring a fair contest between bat and ball but still taking home ground advantage into consideration. This is important to market, sustain and grow Test cricket and its commercial value.