Is there still a place for the Currie Cup? 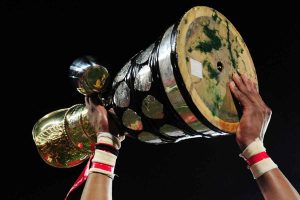 The Currie Cup is no more than club rugby of years gone by.

After six rounds of the Currie Cup one needs to ask the question is there still a place for the oldest rugby competition in world rugby? The once famous competition’s profile is almost non-existent with poor crowd attendances and television audiences, low media exposure and players who have no profile. The Currie Cup is no more than club rugby of years gone by.

With the Free State Cheetahs and Eastern Province Kings now playing in the European Pro14 from September, the two provinces need two teams to meet their Currie Cup commitments as the two competitions overlap. The Free State Cheetahs don’t even have one decent team never mind two, and the Eastern Province Kings don’t even have enough players and need to loan from the Lions. The South African Rugby Union (SARU) has officially stated that the Pro14 will take preference over the Currie Cup. One can only term it a shambles of note.

SARU has destroyed the domestic product and continues to do so with its poor decision-making and directionless strategies. They have allowed the Super Rugby competition to be enlarged at the expense of the Currie Cup, and now because that competition has imploded they need to hike two teams off to the Northern Hemisphere for survival.

The Pro14 is the old Celtic League. With regard to profile it is a long way behind the English and French leagues. In fact, they have stated that they are looking to the Free State Cheetahs and Eastern Province Kings to lift their profile. That statement says it all.

Surely this must be a better option than we are seeing at the moment with four teams playing in the Southern Hemisphere, two in the Northern Hemisphere and the rest a bit of SuperSport Challenge and a Currie Cup in name only because of its history.

SARU need to rethink their strategies and ensure that South African rugby’s integrity is restored before it is too late.