Is there a place for Champions’ League T20? 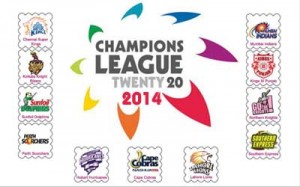 The Champions’ League T20 has been completed in India and once again the question arises does it warrant a place on the international schedule or is it congesting an already over loaded schedule?

The CLT20 does create an opportunity for the domestic teams and players around the world to play in an international tournament. It also brings rich financial rewards to franchises and players who make it to India.
However, it remains an Indian dominated competition with three Indian teams being guaranteed a place and a fourth team playing in the qualifiers. The aim is to have four Indian teams participating as the Indian market is the driver. It has been developed solely for Indian purposes and nothing else.

The composition of the teams is heavily weighted in the favour of the Indians teams. They have access to all their foreign players of which four can be on the field, if they choose. They have first call even if a player’s franchise is also competing in the CLT20 at the same time. An example of this is that David Miller had to play for the King’s XI Punjab even though the Dolphins also qualified. Most non-Indian teams competing also have only one foreign player.

The CLT20 is not the IPL with regards to viewership, sponsorships or attendances and interest in general. It has not been the cash cow that the Indians expected and the broadcaster, which is the main income generator, has lost millions of dollars in the first five years of the tournament. The BCCI have a ten year agreement with the broadcaster and if the financial viability does not improve the future of CLT20 will be under threat.

World cricket can’t also continue to surrender three months of the cricketing year for two Indian tournaments for their benefit. The international calendar is already over-congested and this will not improve. The CLT20 is a bridge too far for the international game.