Is the match referee still relevant? 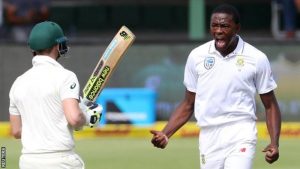 It is important for cricket to keep control of its own disciplinary matters.

It is good news for South Africa and Test cricket that Kagiso Rabada’s appeal was successfully upheld and he can now play in the remaining two Tests. I am sure even the Australians will be satisfied with this decision as they will want to play the best South African team that can be selected. Winning the series without the number one Test bowler would indeed be a hollow victory for the Australians.

However, Rabada’s successful appeal against the decision made by match referee Jeff Crowe raises the question if the match referee is still relevant? Cricket has now handed the disciplinary decisions to the legal fraternity and the match referee’s decision is no longer worth going through the process. I am not sure if Crowe will be too animated with his decision being overturned by a legal man.

Bringing in the high profile legal experts has escalated disciplinary decisions to a new level for the International Cricket Council. Take the Australians for example. Since 1987 they have only appealed one decision over the last thirty one years. Now, it will be difficult for the match referee to hand out lengthy sanctions against players as it will be contested by an appeal driven by legal experts.

Cricket has entered this territory and the disciplining of cricketers in future will be a lot more difficult to manage because it is now a legal matter.  Appeals should not be heard or driven by high profile legal experts as we have seen in the Rabada case but should be purely a cricket matter, adjudicated by a respected former cricketer without the involvement of the legal profession.

It is important for cricket to keep control of its own disciplinary matters and not to be infiltrated by legal people who have no feeling or understanding for the game of cricket.