Is the great rivalry over? 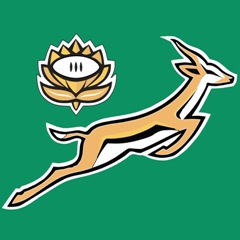 One of the world’s great sporting brands – the “Springbok” – could become extinct in the next five years.

The great rivalry between the Springboks and All Blacks began way back in 1921 and the two teams have played each other on 94 occasions since. However, recent results like the 57/0 defeat in Albany last week and the 57-17 defeat in Durban last year, suggest that the traditional rivalry between these two great rugby nations is under threat. The Springboks are no longer the force they were in years gone by.

So what has been the cause that the Springboks have lost ground and continue to lose ground against the old foe? There are probably three reasons and if they are not rectified, the rivalry will pass into the history books.

The first reason is the drain of players from South Africa to Europe and Japan. There is a reported 375 players plying their trade professionally on these two continents. In Europe alone there are sixty Springboks playing and many of these are not older players, but those who have chosen currency over the Springbok. Recently we are also witnessing the next generation of players being recruited by overseas professional teams. Unless this market can be controlled by the South African Rugby Union and International Rugby Board with regards to supply and demand , it will not only damage South African rugby but the southern hemisphere game.

Secondly, the game in South Africa needs to be normalised with equal opportunity for all South Africans irrespective of race. The talk of 50/50 Springboks teams driven not only by merit but quotas as well is driving players overseas, especially, the Springboks and the next generation. Transformation needs to be with merit and not be a numbers game. SARU also need to make the right decisions to develop a creditable agenda and promote a positive perception with the rugby public. Currently, they are not a respected governing body.

Thirdly, SARU need to fix their professional structures with regards to integrity, context and standards, if the Springboks are to be competitive not only with the All Blacks, but in world rugby. Currently the Currie Cup is a shambles and the Super Rugby competition is losing ground on three continents. From a commercial and integrity point of view the professional structures need to be addressed urgently.

The red lights are flickering strongly for South African rugby and if not taken seriously, one of the world’s great sporting brands – the “Springbok” – could become extinct in the next five years.