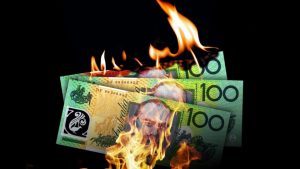 Sport administrators need to restore the balance of supply and demand to save the professional game.

The crowd attendances at the main three professional team sports – cricket, rugby and football – are a reason for concern, especially in the southern hemisphere. The lack of interest at the stadiums suggest that professional sport could be terminal or at best changing roles as a development process for international sport. The convenient explanation by administrators that it is the television audience that is important, holds no water. If the die-hard fans are no longer going to the stadiums, then the television audience has also declined as the one reflects the other.

For years domestic cricket has been on the decline and, with the exception of the T20 game, the first-class and fifty-over games are developmental competitions to produce international cricketers. They have very little profile with the cricketing public and certainly have no commercial value. First-class and fifty-over cricket is a professional game in name only and needs to be financed by revenue generated from international cricket. This is the situation in all international playing countries, with the T20 game becoming the true professional game of domestic cricket

Rugby in the southern hemisphere has started to experience the same problems with the Super 15 competition attracting very poor crowds on all the continents. This competition has destroyed the other domestic competitions in the various countries, like the Currie Cup in South Africa and ITM Cup and Ranfurly Shield in New Zealand. It has also started to impact negatively on international rugby because of its scheduling and injuries. Super rugby is without doubt the cancer of the southern hemisphere game.

Rugby, unlike cricket and football, has tried to position itself as a commercial product at both international and professional levels, but has failed badly. Professional rugby in Europe has enjoyed a period of sustained growth because of wealthy benefactors and using the southern hemisphere players. It will be interesting to see how long these leagues remain sustainable on this formula.

Football in Europe is obviously a massive business with a profile to match it. However, in South Africa football does not enjoy the same wealth and profile. South African football is about Kaizer Chiefs, Orlando Pirates, Mamelodi Sundowns and little else. The rest of the teams play to empty stadiums.

The problem with modern day sport is that there is too much and the fans have become fatigued. Sport has lost is gloss in a changing world. The administrators need to restore the balance of supply and demand to save the professional game.

In modern day sport international participation finances the professional, recreational and developmental aspects. If international sport is no longer viable because of over-exposure then sport in general will face many challenges for survival.

The administrators will do well to be aware of the fact that a fish rots from the tail upwards and professional sport forms part of the tail.