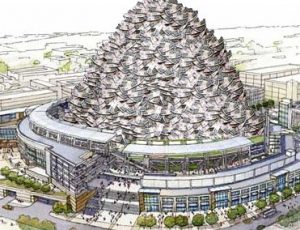 There is no doubt that professional sport in the twenty first century is about money, only creating wealth for those involved.

At first I thought he was being hard on professional sport, but as the years have passed there is no doubt that there are signs he could be correct and that professional sport is becoming a monster in certain areas. The honour of playing for your country or province and representing your community no longer exists today. Communities and fans today are irrelevant in professional sport as it is about creating wealth for players and team owners and television companies’ profits.

Rugby in the Southern Hemisphere is a good example of the problems that the professional era has created. Collectively South Africa, Australia and New Zealand have in excess of a thousand players playing in the United Kingdom, Europe and Japan. Especially South Africa and Australia have been stripped of their player base by these clubs and the warning signs are starting to show in these two proud rugby-playing nations.

Cricket is professionally better controlled by the International Cricket Council’s regulations. However, there are nearly fifty foreign cricketers playing county cricket by means of British or European Union passports and the controversial Kolpak policy, but are not qualified to play for England. Once again the drain of players is driven commercially because the Northern Hemisphere cricket industry has more money than their counterparts in the Southern Hemisphere.

In football the Barclays Premiership in England is also a good example of the influx of overseas players driven mainly by commercial needs. Once again this is detrimental to the English-born players and the national team. However, the clubs have kept their historical identities of well over a hundred years old and this has retained community interest in the teams.

There is no doubt that professional sport in the twenty first century is about money, only creating wealth for those involved. Only time will tell if Rupert Murdoch is a visionary or not.