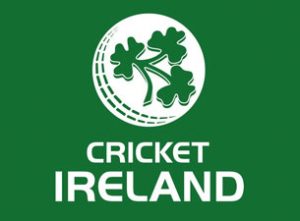 11 May 2018 will forever be an historic day in the history of Irish cricket:  Ireland hosts its first ever Test match, against Pakistan, at Malahide Castle on the northern outskirts of Dublin.

Ireland will become the first team to debut in Test cricket since Bangladesh in 2000.  The country was awarded full member status by the International Cricket Council last June, along with Afghanistan, and will become cricket’s 11th Test nation.

It is rather apt for this momentous event that Ireland’s opponent should be Pakistan.  On St Patrick’s Day in 2007 Ireland recorded a legendary World Cup victory over Pakistan by three wickets at Sabina Park in Kingston, Jamaica – an event that set in motion a process that will reach its climax on Friday.  Amazingly, four players will have been part of this journey from Sabina Park to Malahide:  the captain William Porterfield, fast bowler Boyd Rankin and the O’Brien brothers, Niall and Kevin.

On the field, no one is expecting Ireland to give Pakistan a run for its money.  Ireland go into the contest as overwhelming underdogs based on their recent form in the Intercontinental Cup, the ICC’s first-class competition for associate countries, in December 2018.  They were runners-up to Afghanistan after being walloped by an innings and 172 runs.  History, too, is heavily against the Irish – no country has won its inaugural Test match since Australia beat England in the very first such encounter in Melbourne in 1877.

With all due respect to Ireland and the occasion, Pakistan will have its eyes on a bigger prize – the two-Test series against England which starts at Lord’s on 24 May.  Pakistan briefly claimed the No.1 Test ranking position after their last visit to England in 2016.  Since then Misbah-ul-Haq and Younis Khan have retired and Yasir Shah, the world’s best legspinner, is out with a long-term hip injury.  Although they should still have too much ammunition for Ireland, you never know which Pakistan team will pitch up for a Test match.  Might we yet be in for history in the making…

The benefits of the occasion, however, are more likely to be felt off the pitch than on it.  Usually a sport first becomes a major sport in a country and that is then used as a platform to create success on an international stage.  But as far as Irish cricket is away from becoming successful on the international stage, it is even further away from becoming a mainstream sport in Ireland.  The challenge for Cricket Ireland will be to generate consistent spectator and media interest.

Cricket Ireland face a lot more challenges though than converting their compatriots to the game.  Brexit, for example, will mean their cricketers becoming less accessible to English counties.  The lack of exposure for the Irish players to quality cricket will stifle their development.  The solution probably lies in strengthening Ireland’s domestic competitions, but it will take years, if not decades, for it to be as strong as county cricket.

Another danger is the lack of young players coming through.  The average age of the six most experienced players in the Irish squad (all of whom will likely play in the Test match) is almost 36.  This is an indictment of Ireland’s next generation.

Ireland’s recent failure to qualify for the 2019 World Cup was another portent that tough times still lay ahead, especially in light of their fellow Test newcomers, Afghanistan, succeeding where they stumbled.

It is a wonderful thing for world cricket that there are now twelve Test-playing nations, but it is going to take a very, very long time for Ireland to be competitive in Test cricket.  For now, the cricket world must just savour the next five days with Cricket Ireland.