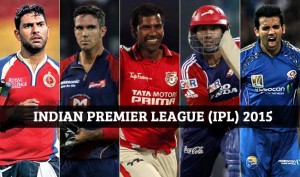 It is time again for the show business of cricket with the Indian Premier League (IPL) taking place in India. Once again the tournament has made a great start with big crowds, breath-taking batting, close finishes and of course the razzmatazz that goes with the tournament.

Having said that, there is no doubt the tournament has matured into being a cricket event and is no longer about profiling the likes of Lalit Modi and the Bollywood owners. The IPL has become an important event on the cricket calendar, not only because of its wealth but it has enhanced the international profile of the game.

There is little doubt that the IPL is the flagship for T20 cricket around the world. Only the Australian Big Bash starts to compare with it. The Caribbean Premier League is a fantastic event because of its location and format but it is a carnival event with limited resources.

South Africa has sixteen players playing in the IPL, two coaches, Gary Kirsten (Delhi Daredevils) and Paddy Upton (Rajasthan Royals), and JP Duminy is the captain of the Delhi Daredevils. South Africans continue to play a big role in the tournament and earn substantial amounts of money.

The Champions League T20 looks like it probably won’t continue in the future as it has not been profitable and in fact made big losses. The tournament has operated at a loss of $50 million per event the last four years. If it doesn’t continue, it will be a loss for the domestic franchises and players in terms of finances and opportunity.

However, in the bigger picture the Champions League is a bridge too far for cricket. It has overexposed the T20 game and added no value to it. Strategically, it will refocus the domestic game on producing quality international cricketers and franchises not building their squads around T20 specialists.

It will also ease the pressure on the international playing schedule. The future of the game lies in international cricket and not T20 tournaments around the world.