International cricket and the T20 game 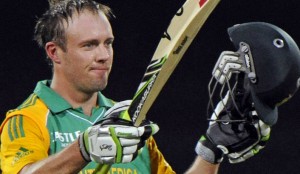 There is a concern developing amongst the cricket administrators that the T20 game around the world will have a detrimental effect on international cricket as we know it. There is more and more talk of players becoming free agents and only playing T20 cricket. In a recent survey done by FICA only fifty percent of professional cricketers’ ambition is to play for their country. In years gone by this was a hundred percent.

In reality does the T20 game really hold these threats for international cricket? The only T20 tournament that is rich is the Indian Premier League. The Big Bash League in Australia is the next richest and then the Caribbean Premier League, but neither can compare with the IPL. In England and New Zealand they have scrapped their tournaments and now play a league. Sri Lanka has for the time being shelved any ideas of a T20 tournament and the Bangladesh Premier League is terminal with match fixing. The South African Ram Slam in international terms has a low profile and financially not rich.

There is talk of a Pakistan Super League to be played in Dubai and Qatar at the end of the year but this is still in the infancy stages. When one looks at the structure and sustainability of T20 tournaments around the world it is clear that they will not become the ATP of tennis.

Also, there are not many cricketers who enjoy the profile to only play T20 cricket. In the South African team at this stage there are only three players who could take this route: AB de Villiers, Dale Steyn and David Miller. The road to lucrative T20 contracts remains international cricket.

Without international cricket the game will not survive. All young cricketers aspire to play for their countries and not for the T20 franchise teams. Anil Kambli the former Indian cricketer once said that millions of young boys in India dream every day about playing for their country. This is no different anywhere else in the world. To ensure the future of the game international cricket is fundamental for the generations to come.