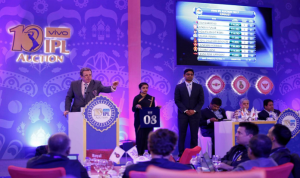 The IPL auction has once again provided instant dollar millionaires and disappointments.

England players dominated the auction for the first time with Ben Stokes being bought for $2,18 million and little known Tymal Mills for $1,8 million. Stokes becomes the first foreign player to breach the $2 million mark at an IPL auction.

However, probably the biggest surprise was the 18-year old Afghanistan spinner Rashid Khan who was bought for $597,000. Especially when Imran Tahir, the ICC number one ranked ODI bowler and match-winner for the Proteas in white-ball cricket, did not even raise a bid in two rounds of bidding. There can only be one conclusion:  His Pakistan extraction counted against him, as no Pakistan players are allowed to play in the IPL. Tahir did play for Delhi Daredevils in the 2016 IPL but was surprisingly released.

The highest paid South African is David Miller at $1,8 million, followed by AB de Villiers at $1,4 million and Chris Morris at $1,1 million.

The lack of South African coaches in the IPL is proving problematic for South African players securing contracts as the coaches play a major role in the contracting process. The IPL coaching positions are dominated by Indians, Australians and New Zealanders. South Africa has no IPL head coach and only two assistant coaches in Eric Simons and Paddy Upton.

This is reflected in the foreign players playing in the IPL and the amounts that are being paid for these players.