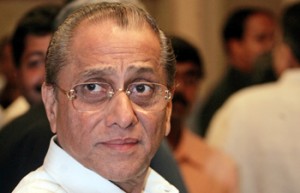 Jagmohan Dalmiya is the person responsible for building Indian cricket into a commercial giant and becoming the richest cricketing nation in the world.

Indian Cricket is indebted to Jagmohan Dalmiya, the President of the Board of Control for Cricket in India (BCCI), who died at 75 in Kolkata. Dalmiya enjoyed two terms as president of the BCCI and the International Cricket Council (ICC) from 1997 to 2000. He is the person responsible for building Indian cricket into a commercial giant and becoming the richest cricketing nation in the world.

When South Africa toured India for the first time in 1992 all Indian cricket was broadcast on the national broadcaster and the BCCI received no rights payments. This all changed when the South African Broadcast Cooperation paid a rights fee of R250,000 facilitated by Dr Ali Bacher, then Managing Director of South African cricket. The rest, as they say, is “history”.

Dalmiya saw the “light” and realised that the Indian team was a product watched and supported by millions – not only in India, but around the world. This following made it a product with a rich monetary value and he started selling the television rights to television companies around the world. It changed the face of Indian cricket financially, also other cricket nations and the players.

In earlier years many cricketing countries were reluctant to tour India or host them because tours ran at a financial loss. Dalmiya’s strategy changed all that and countries today stand queue to play India both home and away because of the rich rights fees paid by television companies. Basically, Indian tours have become the life line of all cricketing boards, with the exception of England.

When Dalmiya was the President of the ICC, it was his idea to start the Champions Trophy that is played every two years between Cricket World Cups. His idea was to generate funds for the global development of the game by hosting what in real terms is a Mini World Cup. Once again television rights fees are the main revenue stream that funds global cricket development. The first tournament took place in Bangladesh in 1998 and was won by South Africa.

Lalit Modi was the architect of the Indian Premier League that has played such a big part in the increased earnings of the top players in the world and profiling the game. He was only able to do this because of the commercial strides made by Indian cricket the last twenty years. Once again this has only been possible because of the vast Indian population and their fanatical passion for cricket.

Today cricket after football is the second biggest team sport in the world. Without Indian cricket and its contribution, the game would never have achieved this. In fact without India, cricket might have been nothing more than a professional game in name only.