In cricket, all roads lead to India 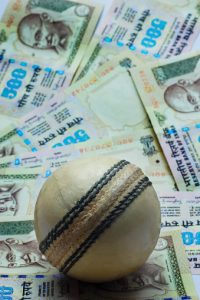 Last month the coveted broadcast and online rights for the next five editions of the Indian Premier League (IPL) were sold to Star Sports India for a staggering US$2.6 billion.  What few people know, however, is that the American social media behemoth, Facebook, entered a bid of US$600 million for the online rights to stream matches to Facebook users on the Indian sub-continent.

Facebook’s bid wasn’t successful, but think about it:  The sixth most valuable company in the world in terms of market capitalization, based in America (where cricket doesn’t count) were prepared to pay US$600 million to stream cricket live online in India alone, nowhere else.  Why?

According to Dan Reed, Facebook’s head of global sports partnerships, the company witnessed first-hand on Facebook how incredibly engaging the IPL is in India.  The bid for them was a no-brainer because they would’ve easily recouped that money, and then some, through advertising during the live streaming.

The point is that, commercially, cricket is mind-blowingly wealthy in India.

In order to protect the exclusivity of the IPL, the Board of Control for Cricket in India (BCCI) does not allow any Indian player to play in any other domestic T20 competition.  Tapping into the Indian market is therefore a real challenge, perhaps well-nigh impossible, for the likes of the Australian Big Bash, Caribbean Premier League (CPL) and Pakistan Super League (PSL).  The absence of Indian money is certainly partly the reason why the Big Bash over the first five years of its existence (2013 – 2017) registered a net loss of Aus$33 million.  For the same reason, the CPL and PSL just about break even.

This week South Africans heard the awful news that its much anticipated rival T20 version, the T20 Global League (T20GL), has been postponed for a year, barely three weeks before it was due to start.  The reasons will no doubt be dissected over and over in the weeks to come, but the primary factors appear to be the inability to sell the broadcast rights and the lack of a headline tournament sponsor.

Cricket South Africa (CSA) has been at odds with the BCCI ever since the appointment of Haroon Lorgat as CEO in 2012.  The BCCI vehemently opposed Lorgat’s appointment and it almost lead to the cancellation of India’s tour to South Africa in 2012/13.  Initially CSA was lauded for its principled stance in not allowing the BCCI to dictate to it who it should appoint as CEO.  Commercial reality later caught up with CSA…

South Africa cannot allow its premier T20 domestic competition to run at a loss.  Maybe Australia can afford it but we, as a country, certainly cannot.  The only way to make a commercial success of it is to court the Indian market.  Now that Lorgat has resigned, CSA needs to bury the hatchet with India.  Their national team’s upcoming tour to our shores presents CSA with the ideal opportunity to woo the Indians.