Going Down Under with peculiarity 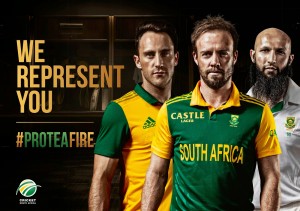 Having a squad of two halves makes South Africa very vulnerable over the duration of the World Cup.

Apart from the omission of Ryan McLaren, the announcement of the Proteas’ World Cup squad on 7 January yielded no surprises.  However, the more one thinks about the squad composition, the more the word “peculiar” springs to mind.

Firstly, one half of the squad is made up of some of the best ODI players on the planet:  Hashim Amla, AB de Villiers, JP Duminy, Dale Steyn, Morne Morkel, Vernon Philander and Imran Tahir.  The other half consists of players who quite honestly would struggle to make the squad of any other top ranked team.

The fear exists that if the top players don’t fire, South Africa will struggle.  The World Cup is six weeks long.  The chances of all the top guns performing optimally for the whole tournament are small.  Somewhere along the way, a “struggler” or two will have to put in the performance of a lifetime.

One gets the distinct feeling of only living in hope that when the moment of truth arrives for a Farhaan Behardien or a David Miller, he will be up to it.  And if the hope disappoints, so be it because we didn’t expect any more from these players.  Having a squad of two halves makes South Africa very vulnerable over the duration of the World Cup.

The second reason the squad is peculiar is in its lack of allrounders.  As a result, the Proteas can only pick their sides in the tournament with seven batsmen and four bowlers; the fifth bowler’s quota will be shared between two or more part-timers (Duminy, Behardien, Faf du Plessis, etc.).

In McLaren, the Proteas had at their disposal the best allrounder in ODI cricket in the world over the last 18 months.  But because of one bad series against Australia in November last year, the selectors on a whim (for what else can it be?) jettisoned a long-term investment a month before it was supposed to pay out.

World Cup winning teams have always had good, solid allrounders.  The South African selectors clearly thought this squad is good enough to buck the trend set by all ten former World Cup winning teams.  With all my heart I hope they are right.  My common sense tells me something else though…