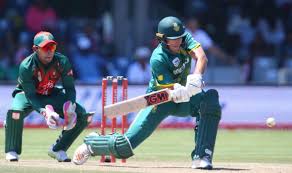 The modern day T20 game is starting to face certain challenges from different sources and for a variety of reasons. It was always going to happen with the ambitions of certain nations and the prestige of private ownership.

Cricket South Africa (CSA) recently made a media announcement that they have partnered with SuperSport to form a company that will own and operate the South African T20 tournament. This has led to a reaction from the owners who bought the rights to a team for the cancelled T20 Global League tournament. CSA has paid back these owners their deposits of $250,000 and the costs incurred. The team owners have refused the reimbursement because they are not satisfied with this arrangement.

They have threatened CSA with legal action and are demanding that the teams they bought participate in the scheduled tournament in 2018. If this does not happen, they have threatened to get a court interdict to stop the tournament taking place.  These developments have placed CSA in a difficult position and placed the tournament at risk. If this happens it will be a further blow to South African cricketers and supporters after last year’s cancellation of the T20 Global League. It will also have a negative effect on the international image and profile of CSA.

The big question is whether this will not be challenged legally as a restraint of trade, especially for players who are not contracted by their national boards or franchises. With the amount of T20 tournaments being started up across the cricketing world it was only going to be a matter of time before international cricket and the T20 tournaments found it difficult to co-exist.

The ICC needs to control the number of T20 tournaments to sustain not only international cricket but the integrity of the T20 game.