Four top cricketers sign with One World of Sport 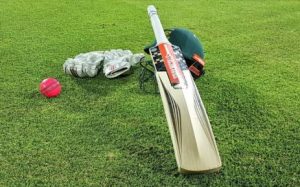 One World of Sport is proud to announce the signing of four top, young cricketers.

Mthi Nabe is a right-arm, medium fast bowler.  He had a breakthrough season in franchise cricket in 2017/18 and played in 85% of the Cobras’ matches across all three formats, taking 36 wickets.  Cricket South Africa have noticed his performances and recognised this by inviting him to the National Cricket Academy for this winter.  He will be at the Academy from 21 May until middle August.  Nabe has signed a contract with the Cobras for the next two seasons.

Finki Serame and Hanno Kotze are both established provincial players with the potential to play franchise cricket.  Both players recently signed 2-year senior provincial contracts with Boland.  Serame is an off-break bowler who has played for the Dolphins and Cobras before.  Kotze is a right-hand, top order batsman.  He had a big 2017/18 season for South Western Districts, scoring an aggregate of 996 runs in first-class and List A cricket at an average of 44.05.

South Africa U.19 opening batsman, Josh Richards, is a future star.  He was one of the top run scorers at the 2017 Khaya Majola U.19 week and the annual Cubs Week in Stellenbosch in January 2018.  Richards is a stylish, right-handed batsman and will be one of the mainstays of the SA U.19 team on their tour of England next month.