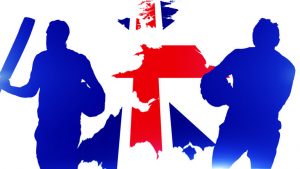 The British have become paranoid with foreigners parachuting into their islands and sport is no different to other aspects of life.

The vote for Brexit by the British public has led to a mass infiltration of Kolpak players from South Africa into County cricket. Players who qualify for Kolpak status have realised that 2017 will probably be their last opportunity. Kolpak players are mainly from South Africa whose international careers are over or in decline. To qualify for Kolpak status a player needs to have played at least one Test match or fifteen white-ball internationals.

As happened a few years ago, there has been a big reaction to this development in the English media and from cricket supporters on social media. The British as a nation have become paranoid with foreigners parachuting into their islands on a daily basis and sport is no different to other aspects of life.  Who can blame them?

England cricket during the decade of the 1990’s was very poor and they struggled to compete with other cricketing nations who were improving all the time. During this decade England lost the iconic status that it enjoyed for decades before. The turnaround came when the England Cricket Board (ECB) appointed a commission of enquiry chaired by Lord McLaurin, the Chairman of the Tesco Group, one of the biggest supermarket chains in the world.

What was called the McLaurin Commission had the theme of “Lifting the Standard” and identified that County cricket was no longer good enough to produce quality cricketers for the England team. Thus was born the two divisions of the County cricket system that ensured strength against strength. This resulted in the system once again producing quality cricketers and the England team’s performances started to change for the better.

However, there was a second very important component that contributed to “Lifting the Standard” and that was the introduction of Kolpak players from the early 2000’s. The influx of these Kolpak players played a decisive role in lifting the standard of County cricket to the benefit of the national team. The Kolpak player will never be given credit for this role by the ECB because they have been and remain a necessary evil. The ECB will always be “politically correct” in a cricketing sense but the real cricket administrator knows that England does not produce enough quality young players for the eighteen counties and the England team.

The critics are correct though that a situation cannot be allowed to develop where County cricket has too many non-qualified cricketers, those who have ancestral links or European passports. The ECB cannot allow a British football model to develop, as it will destroy English cricket. Cricket is a different game structurally, commercially and culturally to football.

The comments of knowledgeable cricket administrators and critics seem to be correct, namely that the best balance for the ECB to follow is allowing each County a maximum of three non-qualified England players. This will ensure the crucial balance between maintaining standards and opportunity for English-born cricketers.