Five reasons why the Proteas have imploded 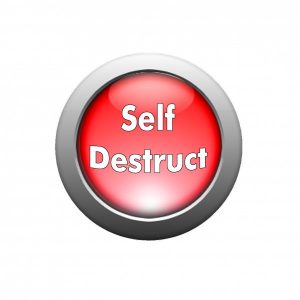 The Proteas have imploded and the reason is all based on poor team selection.

The Proteas have experienced by far their worst Cricket World Cup (CWC) since their debut in 1992. They have always been one of the top contenders and have been labelled chokers because they could never win this prestigious cricket tournament.

The current team has imploded and in reality exited the tournament with three games to go before the semi-finals. In real terms the tournament has been a disaster for cricket in South Africa.

The reason for this disaster is all based on poor team selection and the selectors need to be held accountable for the situation. There are five players who should never have been on the plane to England.

The first is Dale Steyn. He has been one of the greats of South African and world cricket, but he has carried injuries for the last three years. The selectors should have known that his body could not be trusted and never picked him because of the risk attached.

The second player is Lungi Ngidi, who has been injured since January and by the time the team left for the CWC had not fully recovered. The selection panel’s policy should be not to pick players who are not fully fit. They should be declared either fit or injured with nothing in the middle.

The third player is Dwaine Pretorius. He is not good enough to play international cricket. Pretorius doesn’t even start to compare with all-rounders of the past like Shaun Pollock and Lance Klusener. He is a bits and pieces all-rounder at best.

The fourth player is Jean Paul Duminy, who has been the golden boy of South African cricket for years. His inability to play under pressure and play match-winning innings has been obvious for years. Duminy has been a passenger for the Proteas for years, including the CWCs in which he has played.

The fifth player is Hashim Amla, who was always going to be a difficult decision to make. Amla is one of South Africa’s greatest batsmen and served the Proteas and world cricket outstandingly. However, the 2019 CWC has proved that the selectors made totally the wrong decision even though the signs were there for some time.

It is time that Cricket South Africa scrap the selection panel and appoint professional cricketing people to manage and pick the national teams. They need to appoint a Director of Cricket, who with the coach and team management select the squads and teams. With the current system you have amateurs with very little experience and understanding of international cricket picking teams and defining the careers of world-class players.