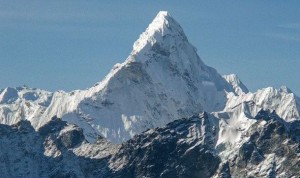 The Proteas’ 72-day ordeal starts on 29 September. They do not have a mountain to climb, it’s an Everest.

It has been five and half years since the Proteas last toured India. That tour was squeezed into one month, February 2010. South Africa drew the test series one-all thanks (thanks largely to 490 runs from Hashim Amla and 11 wickets from Dale Steyn) but lost the ODI series 2-1. Not too bad, but the Indians were still overall slightly better off.

Two significant developments in the intervening years, however, will make the Proteas’ 2015 assignment considerably more difficult.

Firstly, India’s home record in international cricket since 2010 is extremely impressive. In Test matches they have played 20, won 14, drawn 4 and lost 2. In ODI’s, disregarding “no results”, the Indians have won 77,5% of their matches. That is on top of winning the 2011 World Cup in Mumbai. Simply put, on home turf the Indians have become a formidable foe.

Secondly, the “Big Three” was born two years ago. A lot has since been written in these columns about its impact on world cricket. Suffice it to say that as far as the Proteas’ tour is concerned, the Board of Control for Cricket in India (BCCI) have for all practical purposes had free reign in drawing the itinerary. And they have produced a monster for the South Africans. In doing so, the BCCI’s sub-text message to the Indian team is quite easy to read: “We have given you the best possible itinerary, only you can stuff it up now!”

From 2 October until 7 December, South Africa will battle with the Indians in twelve international matches: Three T20I’s, five ODI’s and four Test matches. All twelve matches will be played at different venues.

First on the menu will be the white-ball cricket. The Proteas will criss-cross India between eight cities in 24 days. It will be a routine of packing, checking in and out of hotels, travelling and playing, with virtually no time for recuperation and preparations. Brutal! By the time the real stuff starts with the first Test match in Chandigarh on 5 November, the South Africans are sure to feel like they have been bombed by the Indian version of Guy Fawkes.

In 2013, the Australians were thrashed 4-0 in the Test series. Two of the four venues used during that tour, Chandigarh and Delhi, were sandpits. South Africa will be playing Test matches one and four at the same venues. By all accounts, the venues for the other two Test matches, Bangalore and Nagpur, are (astonishingly!) a lot more seamer friendly. But don’t be surprised if you hear that the ground curators “were given firm instructions…”

India nullified the Australian pace attack by preparing sharply turning tracks on which their spinners predictably flourished. When the Aussies grumbled, poker-faced captain MS Dhoni quipped: “When we go there, they prepare fast, bouncy pitches. When they come here, we prepare slow, turning pitches. I don’t see the problem.” They will do the same against South Africa. Dale Steyn and Morné Morkel will be blunted. Vernon Philander will not nibble one delivery.

India will be high on confidence having just won a Test series in Sri Lanka. Their frontline spin bowlers, R. Ashwin and Amit Mishra, were the star performers bagging 21 and 15 wickets apiece.

South Africa has picked three spinners but none will have Virat Kohli and co. shaking in their boots. Imran Tahir is sensational in white-ball cricket but inexplicably cannot replicate that form in Test cricket. Dane Piedt and Simon Harmer have played only four test matches between them.

Adding everything up, it doesn’t take a rocket scientist to figure out what India will do: Having far superior tweakers, batsmen batting on surfaces they have grown up on and surfaces that will take Steyn and co. out the game, simply apply sustained pressure and patience and the results will naturally follow.

The Proteas’ 72-day ordeal starts on 29 September. They do not have a mountain to climb, it’s an Everest.