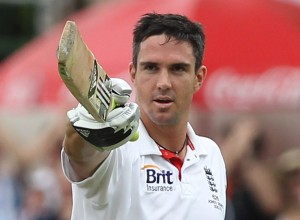 Pietersen’s autobiography tells of a man who has been in conflict with cricket authorities, coaches, captains and teammates his whole career.

Kevin Pietersen has scored the most runs across all three formats of the game in the history of English cricket. He has played a combined 277 times for his adopted country and scored 13,797 runs. He also won player of the World T20 when England secured their only ICC Trophy in the Caribbean. Pietersen has a great record and made a fantastic contribution towards English cricket. However, England can no longer afford to pick him because of his flawed personality.

His autobiography released in 2014 tells of a man who has been in conflict with cricket authorities, coaches, captains and teammates his whole career. The chickens have come home to roost and his past has caught up with him. The England Cricket Board (ECB) have simply had enough of him and rightfully so.

Pietersen has been involved in conflict with Cricket South Africa, the ECB, Nottinghamshire, Hampshire, Peter Moores, Andy Flower, Andrew Strauss and Matthew Prior for various reasons. The question is who the common denominator in all these conflicts is? He is his own worst enemy.

The mistake that Colin Graves, the new chairman of the ECB, made was to try and be his own man. He entertained Pietersen and told him that if he played county cricket and scored runs, he would be considered for England selection. This was never going to happen because of the history, decisions made and the appointment of Andrew Strauss as Director of Cricket. He simply opened the door for more controversy as Pietersen gave up his IPL contract to play for Surrey and scored a treble hundred. He has now accused Greaves of being a dishonest person that can’t be trusted.

The lack of performance by the England team in recent times and the British media have ensured that the matter has not gone away for the ECB. Pietersen has chosen to fight the ECB through the media for his own profile and support. He also has his high profile and likeminded supporters like Geoff Boycott, who has always been anti-establishment, and Michael Vaughan “batting for him”. However, in the final analysis Pietersen might think he is winning the battle but has already lost the war.

Pietersen has no right to dictate selection to the ECB; also it is not his right to play for England but a privilege. The best thing that he can do at 34 is call time on his career with England and leave with dignity, if he has any left. He should be appreciative that his adopted country has given him an unbelievable journey, fame and fortune. Sadly the character of the man will not allow it and he will not be remembered as the great cricketer that he is.