Due process and no process 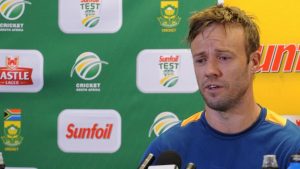 The De Villiers situation is messy because CSA has allowed him a free reign in making public statements.

Corporate governance at Cricket South Africa (CSA) is exemplary.  It has one of the most efficient and transparent governance structures in any sport.  There is a process for everything cricket, and rightly so.

The pros and cons of expanding the current domestic franchise system were debated for months in various cricket forums.  There was general consensus it would be a great idea.  The only issue appeared to be by how much the system should be expanded.  Eventually CSA’s own Cricket Committee recommended one more franchise.  It was submitted to the Board of Directors who blocked it. Due process was followed.

Since Proteas head coach Russell Domingo’s contract first expired in April 2015, it has been somewhat informally extended by CSA on three occasions.  At the moment it is set to last until the end of the Proteas’ England tour in August 2017.  CSA thought better of their informal extensions and announced earlier this week that it would revert to protocol in the appointment of a new head coach after the England tour.  CSA has confirmed that Domingo can apply for the position again and, to be honest, there is nothing sinister in this.  For too long due process was overlooked in the appointment of the head coach.  CSA might justifiably be afraid a legitimate expectation could be created that the head coach’s contract can simply be rolled over.

There are many other examples of proper CSA governance.  The point is they’re in control because of due process.

However, there is one area where due process is sorely lacking:  The management of national players.  As a result, CSA appears to have lost control over its most precious asset.

The recent AB de Villiers “now-I’m-playing, now-I’m-not-playing” saga perfectly illustrates this point.  The De Villiers situation is nothing but messy because CSA has allowed him a free reign in making public statements.

One can accept that for elite players (De Villiers certainly is one) a channel has to be created (read: due process) for him to discuss his workload with his employer (CSA) and team management.  No player can be allowed the right – as De Villiers has been – to pick and choose when he is going to represent his country.

By not following a due process with De Villiers, CSA has set an extraordinarily dangerous precedent.  In fact, what is there to stop any nationally contracted player from following De Villiers’ lead?  How difficult can it be to put a process in place in terms of which every nationally contracted player has an annual high level discussion with CSA in which the parties map out the road ahead that suits CSA, the Proteas, its team culture and the player himself..?  Had due process been followed in De Villiers’ case, the parties would’ve found a suitable balance for him between international cricket and a lucrative T20 career and one, clear message issued to the world.

Lack of due process is also found in the national players’ contracts.   As far as I’m aware, all current franchise and semi-professional contracts have been signed by the players, counter-signed by the franchise or province and all interested parties have a copy of the signed contract.  Due process.  As far as I’m aware, all nationally contracted players (men and women) have signed their contracts but no one has ever seen a copy of his/her contract counter-signed by CSA.  No due process.

Kolpak contracts have been discussed ad nauseam in this and other columns recently.  Suffice it to say that the handling of South African Kolpak players is another area where CSA has no due process in place.

CSA needs to manage their national players better otherwise they will either do as they please (like De Villiers) or feel insecure in the system, making them vulnerable to outside influences (like Kolpak contracts).  A good start will be applying its corporate governance due processes to the management of national players.