Do the Proteas really need quotas? 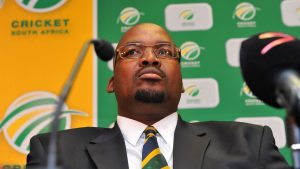 The CSA President, Chris Nenzani, said that they have decided to move with the times. What times is he speaking of? (Duif du Toit, Gallo)

Cricket South Africa (CSA) has announced that the South African team will no longer be picked on merit but a quota policy will be implemented. At this stage it is still unclear what this quota number will be, but in the media it has been reported that the policy has been discussed by the CSA Board and it will be a maximum of five White players, minimum of four  Coloured/Asian players and a minimum of two Black African players.

It is interesting to note that the CSA President, Chris Nenzani, said that they have decided to move with the times. What times is he speaking of?  No other cricketing nations pick their teams on quotas, as it is an accepted norm that teams are picked on merit. With this outdated move CSA are swimming upstream instead of moving with the times of normalisation. South African cricket has returned to the same policies of 1970 and before by selecting the national team along racial lines.

The decision by the Board to impose quotas on a national team shows a total lack of understanding of international cricket and its demands. They do not appreciate that cricket has three different formats that all need different combinations to balance the teams. The different conditions around the world also need different types of players and combinations. Add form, injury and workload to this dynamic and they have created a very complex system.

South African cricket does not need quotas with all the outstanding players of colour that have played for the Proteas and are being produced on an ongoing basis. The game is truly evolving itself racially and does not need boardroom interference. CSA is sending out a negative message to certain cricket communities and players, as well as the international cricket world.

If South Africa is going to pick multi-racial teams they will struggle to get the balance and performance of the Proteas consistent. This will have a detrimental effect on the support of cricket in the country and eventually create commercial problems for CSA. Already there are some worrying signs for South African cricket globally and in the country with regard to its profile and support.

The only way CSA will create a sustainable legacy for future generations is to be successful by picking the best teams and this means normalising the game for all South Africans.