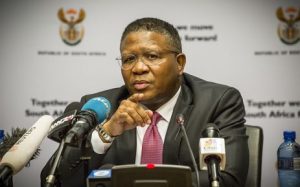 In April, the Minister of Sport announced that CSA has been prohibited from bidding to host major international tournaments. This week, CSA announced that they would “introduce targets for all the national teams”. Picture: Thomas Holder/EWN.

This is an uncomplicated statement of the plain facts as at 28 July 2016:

CSA is skating on thin ice…