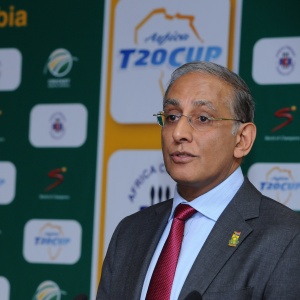 Cricket South Africa (CSA) has launched a new 16-team Africa T20 Cup which will be the curtain-raiser to the 2015-16 season.The tournament will run from 4 September to 4 October.

Zimbabwe, Kenya and Namibia have accepted invitations to compete in the event, together with the 13 South African provincial teams.

The tournament will consist of four pools of four teams each, with the winners of each pool advancing to the semi-finals and eventually to the final. Easterns (Willowmoore Park), North West (Senwes Park), Griquas (Diamond Oval) and Free State (Mangaung Oval) will be the hosts for the pool matches. The venue for the semi-finals (3 October) and final (4 October) will be decided after an assessment of the quality of venue hosting during the pool stages.

The South African provinces will be allowed to field one CSA contracted player and four franchise players. In addition, all teams would be required to field at least two under-21 players. The transformation targets will be the same as for all CSA’s semi-professional competitions.

The provisional schedule for the pool matches will be as follows: