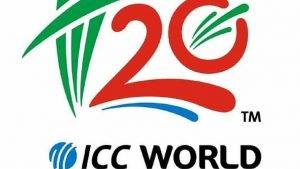 Because of T20, cricket has become the second biggest team sport in the world after football.

However, since the mid 2000’s cricket started to develop a parallel market with the birth of T20 cricket around the world. The Indian Premier League (IPL) was the leader in this regard and cricketers started to earn substantially more money out of T20 cricket than international cricket.

Other countries started to follow suit by creating their own lucrative T20 tournaments. Certain of these tournaments were not sustainable due to them having to find huge investments of US dollars to stage these world-class events. The challenge they faced was the ability and experience to commercialize these events to make them sustainable and profitable. There have been casualties in the process, like in Sri Lanka and New Zealand; both were unsustainable and discontinued.

After ten years the T20 tournament circuit has matured and became stable, with India (IPL), Australia (Big Bash), the West Indies (Caribbean Premier League), Pakistan (Pakistan Super League) and Bangladesh (Bangladesh Premier League) creating a sustainable, global T20 circuit. There are certain countries that have the ability to add to this circuit, like England and South Africa. England is planning an inter-city based tournament starting in 2018 that will have a big impact on the T20 circuit.

So what does this mean for international cricket and the International Cricket Council (ICC)?

The good news for world cricket is that both international cricket and the T20 circuit are owned by the same “corporate”, the ICC and its members. This should make it easier for the two concepts to co-exist with regards to working together in the interests of world cricket. There is no realistic chance of other leagues emerging that fall outside of ICC control like the defunct Indian Cricket League. The game is simply not big enough in the world.

The ICC and its members can embrace T20 cricket with confidence as it has revolutionised the game of cricket into a truly global sport, both professionally and commercially. Because of T20, cricket has become the second biggest team sport in the world after football.

Cricketers and fans can look forward to an exciting future of both international and T20 cricket without the fear of one dominating the other.