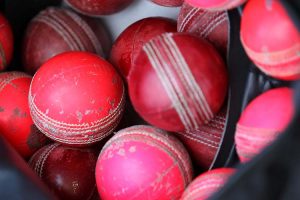 The game of cricket continues to push new frontiers all the time. (Photo by Morne de Klerk/Getty Images)

The game of cricket has been around for centuries and it continues to push new frontiers all the time. The game has evolved probably more than any other sport in history and now consists of three formats. For many years during the amateur era, the game consisted of first class cricket mainly, as well as international tours and Test cricket.

In 1978 the Kerry Packer World Series changed all that went before and the game was never the same again. The Packer Series not only professionalised the game with players being paid, but gave birth to day/night, 50-over cricket played in coloured clothing. It was originally referred to as pyjama cricket by the purists but it changed the game forever.

The next revolution was the birth of T20 cricket, claimed by the English but actually a South African initiative emanating from the Discovery Knock-Out Challenge way back in 1999. Then India, who was initially anti-T20 cricket, launched the Indian Premier League in 2007 and it changed cricket commercially, especially for the players.

Amongst all this change cricket has continuously struggled to retain its identity as to what is cricket? Is the true game Test match cricket, or is it the Cricket World Cup, or is the future the T20 game? The International Cricket Council (ICC) has grappled with all these factors and has done a good job managing all three formats for the moment.

The new frontier for a world-class cricket nation, like South Africa, is a strong international team in all formats of the game and a world-class T20 tournament. The professional game today is no more than a feeder system for international cricket. England is the exception as county cricket still has a strong following amongst its members and winning the Championship is still high profile. In fact many county members would rather see their County win the Championship than England win the Ashes.

Cricket South Africa (CSA) has a strong national team and a reasonable domestic structure to develop players for future Proteas teams. The one missing link of the South African game is a high profile T20 tournament and it is good to see that CSA has launched its own global T20 tournament for November 2017.

The continued new cricket frontiers create exciting times for players and cricket fans around the world, including us South Africans.