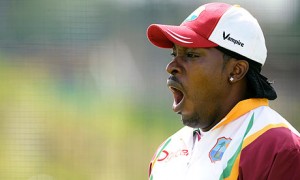 Once again the Cricket World Cup tournament is proving too long

The Cricket World Cup in Australasia started a month ago and the tournament after 36 matches has still not reached the business end, the playoffs. Once again the tournament is proving too long and this has been the feeling for years. The ICC needs to address the format of the tournament, not only with regards to its length, but quality as well.

The World Cup is not a platform for development, but the showcase of world cricket. They have confused the development of the game with excellence. The minnows, with the exception of Ireland, have been poor and devalued the tournament. Ireland have enjoyed a good tournament and to date have won three matches and could qualify for the quarter-finals. However, when they have played a big nation like South Africa or India they have also been shown up. The West Indies and England have also added no value to the tournament. Is the globalisation of the game a realistic goal for cricket?

The game is complex with regards to its history, length, weather and commercialization, to name but a few hurdles. The ICC has tried for years to globalise the game with very little success and at a huge cost. Many minnow teams have played in the tournament over the years like Canada, Kenya and Namibia. With the exception of Ireland, no minnow country has shown sustained improvement and growth. However, the ICC does have 96 members and has a responsibility to give them an even opportunity. The CWC is not the forum, but why not reinstate the Champions Trophy and include the top sixteen ODI teams in world cricket? Play the tournament the year before the CWC and the eight teams who qualify for the knockout stage play in the next CWC. This will ensure that there is a fair process for all countries and that the best eight teams will then qualify to play in cricket’s show-piece. If this system was currently in place then maybe England and the West Indies would not have qualified and that would have been a good thing.