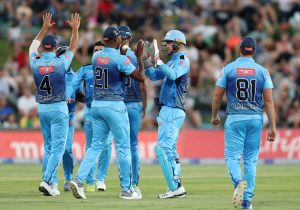 Cricket South Africa (CSA) is in the process of trying to salvage their T20 cricket tournament after the disasters of the cancelled T20 Global League. They are busy vacillating between the Indian model where all franchises are privately owned and the Australian model where Cricket Australia owns the franchises. South Africa as a cricketing nation is not commercially comparable to either country, but the Australian model will be a better fit.

South Africa should have no more than six franchise teams as the capacity to support more teams both commercially and in terms of venues and player resources will place the whole system under strain. More than six teams will only add to the cost and will not generate additional revenue. In fact they will become a liability financially and also on the field of play.

The player resources will be crucial for this venture to work with regard to the distribution of Proteas players and the professional players through a draft system, like the one that took place for the Global League. It will also be important to attract the right profile overseas players to enhance the profile of the tournament. These overseas players should be identified and negotiated with to ensure that the best available players are secured. It should not be left to chance by the draft system.

For CSA to make this venture work they will need SuperSport to buy into the concept and at a rights fee that will make the tournament financially viable. They will need to be consulted as to what can make this tournament work for them on the African continent and not limited to South Africa. Possibly an attractive name like Africa T20 League and a quota of players from the cricketing nations of Africa, like Zimbabwe, Namibia and Kenya.

The schedule for T20 cricket is filling up very fast, with both Afghanistan and Sri Lanka looking to launch a T20 league in 2018. This will only leave South Africa without an international profile T20 tournament. The 2017 Ram Slam T20 was a very poor competition as it was dominated by the Titans from the very first ball and never really caught the imagination of the South African cricket fans.

South African cricket needs something fresh to stimulate the domestic game in this country.