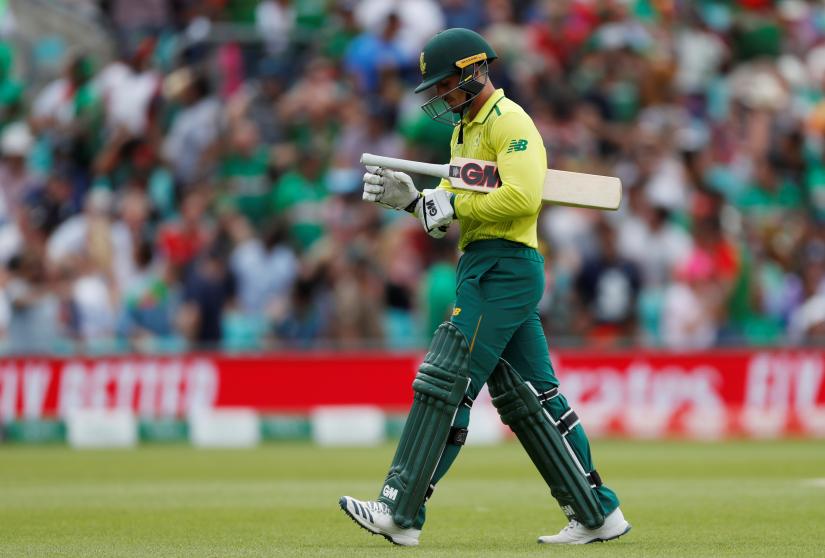 The Proteas under new management will be severely tested in the next months (Photo credit: Reuters)

Cricket South Africa (CSA) faces many challenges in the short, medium and long term to ensure the sustainability of South African cricket as a top-tier nation internationally.

The poor performances at the 2019 Cricket World Cup (CWC) are only a small symptom of the challenges the South African game faces. In fact what happened at the 2019 CWC was eventually going to arrive as a result of years and years of neglect of cricketing principles with regard to team selections, appointment of coaches and administrators.

The biggest threat CSA face is possible bankruptcy in the next two years. In the last eighteen months CSA’s accumulated funds have shrunk from R1,2 billion to R300 million. They have informed parliament that they have forecasted a loss of R654 million over the next four years. This loss includes the lucrative television income from the upcoming England tour.  There is no communicated strategy to reduce this loss or re-capitalising CSA.

CSA have not announced any new lucrative sponsors or partners for their cricket properties, like Test and One Day International cricket and the Mzansi Super League (MSL), or a paying broadcast partner for the MSL. South African Breweries (Test) and Momentum (ODI) are all short term deals of one year at a time. Domestic cricket no longer enjoys sponsorship and is financed by CSA.

On the field the Proteas face a difficult summer, starting with a tour to India which is probably the most difficult place to win. After the sub-continent, England tour and play series in all three formats, and then Australia tour for an ODI and T20 series.

These are the three best cricketing teams in the world across all three international formats. The Proteas under new management will be severely tested in the next eight months. Also, the team faces a serious generation change with at least seven players who will be leaving the international scene shortly. Already three have announced their retirement from international cricket or certain formats.

CSA will find it difficult replacing these players as domestic cricket is at an all-time low and not producing international standard replacements. The performances of the South African U.19 team, South African Emerging team and South African ‘A’ team suggest that CSA cannot be confident of sustaining a competitive world-class Proteas team.

Then there is the pending court battle with the South African Cricketers’ Association (SACA) about the future of domestic cricket. CSA have announced a twelve-team provincial domestic structure, while SACA want eight franchises. At the heart of this battle is the payment of professional cricketers and who runs the game in this country.