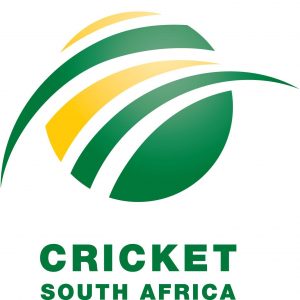 After a quarter of a century CSA can look back with both pride and satisfaction on their achievements both on and off the field.

Cricket South Africa recently celebrated 25 years of unity and being accepted as a member of the International Cricket Council (ICC). It is hard to believe that a quarter of a century has passed since that unforgettable day in July 1991 when India successfully proposed that South Africa be accepted as a full Member of the ICC. The South African delegation that attended that historic inaugural ICC meeting was Geoff Dakin, Krish Mackerdhuj and Dr Ali Bacher.

After a quarter of a century CSA can look back with both pride and satisfaction on their achievements both on and off the field. Their biggest achievement has been to successfully unify and deracialise all the facets of the game after more than a century of divided cricket. They have ensured that cricket has become a truly South African game by creating opportunities for all who want to play, umpire and administer the game.

The Proteas have been an iconic brand the last 25 years. Their biggest achievement was in 2012 when they became the number one Test team in the world and retained this ranking for twenty one months. Another major achievement was the Proteas’ two historical Test series victories in Australia, something their predecessors failed to do in nearly a hundred years.

The Proteas have also produced iconic players like Jacques Kallis, one of the greatest cricketers in the history of the game, and Graeme Smith, who became the first international captain to lead his country in a hundred Test matches – a record that might never be broken.

The biggest disappointment the last 25 years has been the inability of the Proteas to win a World Cup, especially in 1999 when they were the best one- day team in world cricket. World Cups and ICC events have been a bridge too far for all Proteas teams. There has only been one global success, in 1998 when Hansie Cronje’s team won the inaugural Champions Trophy in Bangladesh.

In the boardrooms South African cricket has also played a major role, with Adv. Percy Sonn being ICC President in the 2000’s and two ICC Chief Executive Officers in Haroon Lorgat and Dave Richardson. Former Proteas fast bowler Steve Elworthy, the Commercial Manager of the England Cricket Board, will head up the next World Cup in England in 2019.

CSA has also played a big role in developing the game globally and has successfully hosted the 2003 World Cup, 2007 World T2O, the Indian Premier League and two Champions’ League T20 tournaments. South Africa will in all probability be hosting the 2018 World T20.

The pioneers of cricket and unity can certainly look back with great pride on what South African cricket has achieved both globally and domestically the last 25  years. May CSA and the game of cricket go from strength to strength in the years ahead.