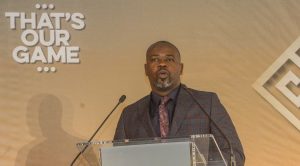 Cricket South Africa (CSA) and SuperSport released a media statement that they have agreed to enter into a joint venture partnership that will own and operate the South African T20 league. This company will replace the aborted Global League T20 private ownership concept. A new company will be registered with CSA being the major shareholder with 51% and SuperSport 49% of the shares.

Both parties will invest R150 million as venture capital to ensure that the company has the liquidity to launch and operate successfully. It has also been agreed that SuperSport will purchase the television rights for Africa at R120 million. They will also look to market the television rights across the cricketing globe and provide the international feed.

CSA have entered into a joint venture with a very good South African and global company in SuperSport. With the profile, network and finances of SuperSport there can be little doubt that this joint venture will succeed and ensure that CSA will deliver a world-class cricket product.

This is good news for the cricketing fans of South Africa and also for the players. There is little doubt the T20 franchise game has regenerated interest in professional cricket with regards to sponsors and fans and generating new revenue streams for the domestic game. The first-class and fifty-over games are there to support international cricket and its sustainability with regard to quality cricketers.

Secondly, the tournament will have international recognition that the current Ram Slam does not have. South African players at T20 auctions and drafts have paid the price for the lack of CSA not having a tournament like other major cricket playing countries. Only ten South African players were bought at the recent Indian Premier League auction compared to twenty plus in years gone by.

CSA and SuperSport are to be congratulated on creating an innovative partnership for the benefit of cricket in the country, the fans and the cricketers. It is good to see South African cricket, one of the game’s superpowers, entering the modern, professional world of cricket.