Cricket needs all the help it can get 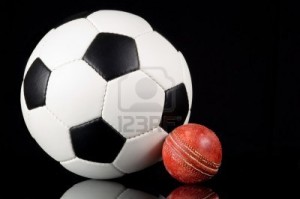 According to the United Nations there are 196 independent countries in the world.  Eleven of these (Antigua and Barbuda, Barbados, Dominica, Grenada, Guyana, Jamaica, St. Kitts and Nevis, St. Lucia, St. Maarten, St. Vincent & the Grenadines and Trinidad & Tobago) make up the official West Indian cricket team.  Nine others officially play test cricket:  South Africa, Australia, Pakistan, England (for all practical purposes representing the United Kingdom), Sri Lanka, India, New Zealand, Zimbabwe and Bangladesh.  In total 20 countries are involved in test cricket.  That is 10,2% of the world’s independent countries.  Put differently, a tad more than 20% of the world’s population is by virtue of nationality connected to test cricket.

FIFA, on the other hand, lists all 196 independent countries on their official rankings, plus some independent territories for a total compliment of 209.  100% of the world’s population is therefore connected to international football.

In such a relatively small world for cricket, cash-flush India’s bullying and attempted marginalization of cash-strapped West India is nothing but sad and short-sighted.  At his inaugural address on 20 January 1961, the late US president John F. Kennedy famously said:  “”My fellow Americans, ask not what your country can do for you, ask what you can do for your country.”  The Indians appear to be hell-bent on asking what can cricket do for us, not what can we do for cricket.  And as the West Indies discovered, woe betides whoever gets in their way!

In a very different way, Pakistan’s situation is as sad.  Their test team is currently ranked third.  Because of security concerns in their homeland, Pakistan play their “home” test matches in the United Arab Emirates.  There is no indication that this dispensation will change in the foreseeable future.

Between 22 October and 13 November they played three test matches in the UAE, two against Australia and one against New Zealand.  They won all three by massive margins:  221 runs, 356 runs and 248 runs respectively.  In the process their players set up all sorts of individual records, most notably captain Misbah-ul-Haq equalling the world record (with West Indian legend Viv Richards) for the fastest test century off 56 balls.

Sadly the Pakistanis’ achievements will soon be forgotten.  Being played on a neutral field, more than a 1,000 km from Karachi and Lahore and in front of (literally) empty stadiums, these matches were devoid of any context.

Sure, bigger political issues prevent the cricket world from normalising Pakistan’s plight.  But the fact of the matter is no international cricket has been played in Pakistan since March 2009, cricketers from other countries may never get the experience of touring Pakistan, feats like Misbah’s has a hollow ring to it, and all in all the cricket world is the poorer for the status quo.

On top of this, because of political tensions between Pakistan and India the last test match between the two countries was played in December 2007.  A further consequence of the strained relationship is that no Pakistani has ever played in the lucrative Indian Premier League, now going into its eighth season.

The cricket world is small.  The test-playing countries need each other to give meaning to their contests.  They cannot afford to marginalize anyone.  Whatever differences may exist between countries, for the sake of the future of world cricket everything must be done to help the likes of West India and Pakistan, not ostracize them.  If they don’t realize this, they probably never will.