Cricket in South Africa has transformed 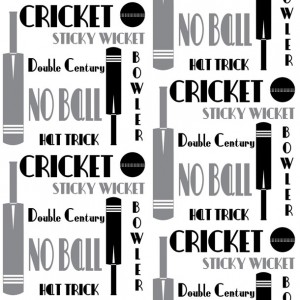 We need to transform on merit alone and not by quotas or bias selection if South African cricket is to remain strong and solvent.

Cricket in South Africa has transformed in spite of what the Minister of Sport, Mr Fikile Mbalula, and his advisor, Dr Willie Basson, believe. Personally, I have been part of South African cricket in a professional capacity with three provinces and on the business side since 1983. I have witnessed the changes over the years and Cricket South Africa (CSA) has done a good job in changing the demographics of the sport. The Proteas are the most South African of all the national teams

CSA can be accused of first transforming the game within the two non-white minority groups and neglecting the black community. To a degree this is true, but the culture of cricket in both the coloured and Indian communities was historically very strong, so it made sense. This move enabled them to deracialise cricket and change its racial profile and direction.

It is true that the black African component has lagged behind the general transformation of cricket and it is the correct decision to fast track this community who make up the majority of the South African population. If CSA believes that quotas in the franchise teams are the vehicle to achieve these goals, then they must only have a quota for black cricketers and no longer for the coloured and Indian players. It is no longer necessary as there are more than enough coloured and Indian players who can be picked on merit. Applying quotas is already a complex business but the current policies are to the detriment of both the game and players.

The Basson theory that the national demographics must reflect the teams is unrealistic. Cricket is historically very strong in the 16% minority groupings of the South African population and this will not change in the future. Anyway, the country needs to use all its resources to compete internationally. CSA must not make the same mistake that Zimbabwe cricket made in the early 2000’s.

International and professional cricket are not vehicles to be used for social upliftment. Failure to accept or understand this principle will have disastrous results for South African cricket and for the future of the game. We need to transform on merit alone and not by quotas or bias selection if South African cricket is to remain strong and solvent.

The sooner South African cricket can normalise itself and be supported by all the people in the country the better, as we live in a non-racial, free society.