Cricket agency in South Africa in 2017 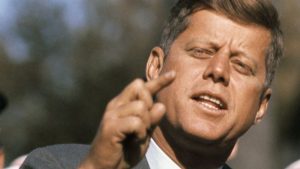 “Ask not what cricket can do for you but what you can do for cricket?” Diamond Images/Getty Images

2013 represented a nadir for agents in the American professional football league, commonly known as the NFL (National Football League).  The general consensus was that there were too many agents in the game (861 to be exact!), that the agents were undermining the authority of the NFL and the 32 teams – often to the detriment of their own clients – by taking many of the stalled contract negotiations to the media, and that they were no longer seen as part of the NFL establishment.  As a respected agent of 41-years standing, Leigh Steinberg, described it, we were seen as “lampoonish, cartoonish, greedy, and destructive to clients and our sport itself”.

The NFL’s veteran agents put their heads together and gradually dragged the agency business out of its self-induced morass.  They recognised that the true battle in their sport ought not to be labour versus management.  The real opposition for the NFL was, as Steinberg put it, “Major League Baseball, the NBA, Home Box Office, Walt Disney World and every other form of discretionary entertainment spending”.  Once this critical mind shift was made and the old-hands in NFL agency got to spread the word, other agents quickly realised that the job of representing a player doesn’t work unless agents see themselves, first and foremost, as stewards of the sport.

I would assume that in whatever field of human endeavour you are employed, every now and then you would ask yourself “why am I doing this?”  To make money…?  Sure, we all do.  But, as the NFL agents of 2013 taught us, if that is your ultimate goal, you are on a path to self-destruction.

The cricket agency business in South Africa is still in its infancy.  Official accreditation was only established in 2015.  Talking to established stakeholders in South African cricket, I often wonder how seriously cricket agents in general are taken.  Thoughts like “necessary evil” sometimes spring to mind.  It is admittedly also a difficult balancing act – you need to be close to the cricket establishment while at the same time keeping a professional distance.

But if the focus of the cricket agent in South Africa can be on building cricket as a brand, raising its popularity and interests, and creatively exploring all ancillary revenue streams and possibilities, then we all stand a chance of winning.  This way the cricket cake will grow, instead of more agents wanting a slice from the same size cricket cake.  The game in South Africa cannot afford agents looking for a quick buck or who are on an ego trip because they know so-and-so.

Cricket agency will only be taken seriously if every agent sees himself firstly as a custodian of the game of cricket in this country and as a stakeholder like any other entity within the cricket establishment.  The critical test is, with permission to the late American president John F. Kennedy, “ask not what cricket can do for you but what you can do for cricket?”