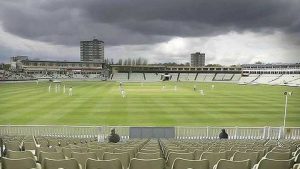 England is the only country in the world where first-class cricket still really means something.

In January 2016, the day after Ben Stokes had smashed the Proteas to all parts of Newlands on his way to a scintillating 258 off only 198 balls, an English expat friend invited to me to a dinner function at Kelvin Grove.  We shared a table with eight English cricket tourists.

After dinner the Englishmen started to ask me about the state of first-class cricket in South Africa.  The Cobras were due to start a Sunfoil Series game at Newlands a few days after the completion of the Test match.  The group was still going to spend some time in Cape Town after the Test match, so they wanted to know if I can get tickets for them for the Cobras’ game.  They were absolutely gobsmacked when I told them there’s no need to buy tickets; you just walk into the ground.  I spent the next hour convincing them that they don’t have to buy tickets; they just couldn’t believe it.

The anecdote serves to illustrate the difference in regard for first-class cricket between England and South Africa, and in fact the rest of the world.  England is the only country in the world where first-class cricket still really means something – to the players, the counties, the fans and the sponsors.  So it is with great excitement that another season of county cricket started this weekend!

As a result of Durham’s demotion and other sanctions two seasons ago, the 18 counties are still split 8/10 for Division One & Two respectively of the 119th County Championship.  Worcestershire and Nottinghamshire are the new teams in Division One, while Middlesex and Warwickshire were relegated to Division Two after the 2017 season.

Essex was the runaway Division One winners in 2017.  They haven’t lost any players, but you can already hear the cry: “Don’t do a Middlesex!”  (Middlesex won Division One in 2016 and were relegated the next season.)  The South African Kolpak player Simon Harmer and Jamie Porter took 147 wickets between them last season but cannot be expected to repeat those miracles. Will Harmer’s off-spin be as effective now that county batsmen have had a good look at him?

On the face of it Surrey, Nottinghamshire and Yorkshire look like the strongest challengers to Essex’s crown.  In 2017 Essex was so far ahead of the pack that even if they perform at 75% of their 2017 level it will still be good enough to be champions again.  My prediction is for Essex to pip Surrey to the title.

Division Two looks like it will be a dogfight between Middlesex, Warwickshire (two counties that find themselves where they should never be) and Sussex.  The one factor that could separate one from the rest is Sussex’s new coach, Australian Jason Gillespie.  Gillespie has had remarkable success in a relatively short coaching career.  In five seasons at Yorkshire, he led them to Championship promotion and then back-to-back titles in 2014 and 2015.  In January he led the Adelaide Strikers, perennial under-achievers, to a maiden Big Bash trophy.  My prediction is for Sussex (as winners) and Middlesex to win promotion to Division One.

South Africans will once again feature strongly in county cricket.  As overseas players, the most notable signings are Aiden Markram and Dale Steyn.  Markram will be playing county cricket for the first time.  He has signed for Durham and it will be interesting to see if he can also score heavily outside South Africa.  Steyn’s stint at Hampshire will be a make-or-break moment in his illustrious career after his serious shoulder injury 18 months ago.  South African fans will be crossing fingers that he still has something left in the tank.

A host of Kolpak players will once again ply their trade.  The most prominent of them will be Harmer, Morné Morkel (Surrey) and Stiaan van Zyl (Sussex).  Essex will need a repeat performance from   Harmer if they are to be crowned again.  Surrey and Sussex will be strong contenders for higher honours, and Morkel and Van Zyl will be pivotal in their respective challenges.

As it has been for a 118 years before, it will no doubt be a joy once again to follow a season of English county cricket.