Media speculation at the current World Cup in Australasia is gaining momentum around whether future World Cups should be smaller or more inclusive.  Stated differently, should associate members participate in the World Cup and, if so, how many? The International Cricket Council (ICC) has 107 members divided into three classes of membership: Full members, the ten governing bodies of teams that play official test cricket; associate members, the 37 governing bodies in countries where cricket is firmly established and organised but do not qualify for full membership; and affiliate members, the 60 governing bodies in countries where the ICC recognises that cricket is played according to the laws of the game. The World Cup has had many different qualification criteria but since the first one in England in 1975 at least one associate member has always participated.  At this year’s World Cup there are 14 teams.  The ten full members… Continue reading 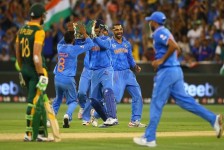 The Proteas started the Cricket World Cup in Australasia as the second favourites, if not the favourites. However, after the first two matches they have been downgraded to at best fourth. The performances of Australia, New Zealand and India in the opening rounds have been far superior to that of the Proteas. Australia and New Zealand have not disappointed and definitely look the best two teams. India, who was not given much hope of defending their title before the CWC, has sent out a strong message with impressive wins against Pakistan and South Africa. The Proteas have started the CWC indifferently with an unimpressive win against Zimbabwe and were badly beaten by India at the Melbourne Cricket Ground. At the MCG they did not look like one of the top teams in the tournament but one of those also ran teams that have no chance of winning the coveted trophy,… Continue reading Together with the start last week in Melbourne of the 2015 edition of cricket’s global showpiece, the World Cup, the Australian Business Review Weekly (BRW) also published its list of the top 50 highest earning sport stars in Australia. According to the BRW, Andrew Bogut, a basketball star in America, earned US$16.2m in 2014 and was the richest Australian sport star.  He is followed by golfers Adam Scott and Jason Day with earnings of US$15.5m and US$10.65m respectively. However, the most representative sport on the list is cricket.  No fewer than 14 international cricketers made the list.  Six are in the top 20 (with overall position and earnings in brackets): Shane Watson:  8th, Aus$4.5m Mitchell Johnson:  10th, Aus$4.1m Michael Clarke:  11th, Aus$4m David Warner:  12th, Aus$3.8m Steve Smith:  14th, Aus$3.1m James Faulkner:  18th, Aus$2.8m Personal endorsements make up a fair chunk of these players’ earnings but the vast majority… Continue reading

The ICC Cricket World Cup begins in Australasia on Saturday with hosts Australia playing England at the Melbourne Cricket Ground and New Zealand playing Sri Lanka in Christchurch. The Proteas start their campaign in Hamilton against Zimbabwe on Sunday. The table has been set for a feast of cricket, not only this weekend but for the next six weeks, as the top fourteen ODI teams battle it out for the World Cup. However, realistically there are only three teams who can lift the World Cup on the 29 March at the MCG. The three teams are Australia, South Africa and New Zealand and in that order. It is hard to see the reigning champions India defending their title. The greats like Sachin Tendulkar and Rahul Dravid are gone and their recent performances don’t suggest much, especially, away from the sub-continent. The same applies to the other sub-continent teams. New Zealand… Continue reading

At the recent launch of the 2015 Varsity Cup, SARU CEO Jurie Roux spoke of the growing concern of young, talented rugby players being poached by overseas clubs with fat wallets. According to Roux: “What is worrying is the targeting of our younger players – they are grabbing them at Under-20 level, players who we foresee playing for us.” Cricket is experiencing a similar exodus, although admittedly not on the same scale as rugby and perhaps for slightly different reasons. However, the fact of the matter is that in South Africa rugby and cricket players are like the gold buried in our soil: There will always be far more than we can use ourselves. It would be a reasonable assumption that every SA Schools rugby or cricket player would have aspirations to one day play for either the Springboks or Proteas. Yet, since 1940, the overall percentage of SA… Continue reading 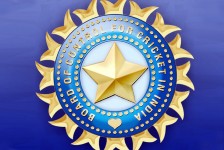 The  secretary of the Board of Control for Cricket in India (BCCI), Sanjay Patel, has issued an ultimatum to the West Indies Cricket Board (WICB) that if they do not pay damages of $42 million for the aborted tour of India during October last year they will pursue the matter in the Indian courts. Who do the BCCI and Sanjay Patel think they are fooling with their bully-boy tactics? Firstly, the WICB does not have $42 million to pay the BCCI. It is common knowledge that the WICB has struggled financially for years. Secondly, the WICB President, David Cameron, is correct when he says the Indian courts have no jurisdiction over the WICB. Thirdly, the BCCI has already cancelled all future bilateral tours with the West Indies as punishment. The BCCI has declared war on the WICB and now wants to destroy them. The BCCI has this whole matter wrong… Continue reading 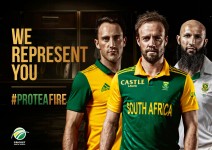 Apart from the omission of Ryan McLaren, the announcement of the Proteas’ World Cup squad on 7 January yielded no surprises.  However, the more one thinks about the squad composition, the more the word “peculiar” springs to mind. Firstly, one half of the squad is made up of some of the best ODI players on the planet:  Hashim Amla, AB de Villiers, JP Duminy, Dale Steyn, Morne Morkel, Vernon Philander and Imran Tahir.  The other half consists of players who quite honestly would struggle to make the squad of any other top ranked team. The fear exists that if the top players don’t fire, South Africa will struggle.  The World Cup is six weeks long.  The chances of all the top guns performing optimally for the whole tournament are small.  Somewhere along the way, a “struggler” or two will have to put in the performance of a lifetime. One gets… Continue reading 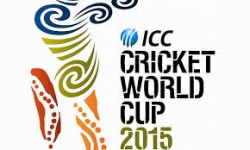 The 2015 Cricket World Cup starts in Australasia on the 14 February in exactly twenty eight days’ time. All participating nations have announced their squads for the global event. As usual there have been surprise omissions in all the squads, especially the West Indies, South Africa and England. The biggest surprise has been the omission of Dwayne Bravo and Kieran Pollard from the West Indies squad. The convenor of selectors Clive Lloyd has gone to great lengths to emphasise that these omissions have been based purely on cricket criteria only. In spite of Lloyd’s statement there can be little doubt that they have been left out of the World Cup squad as punishment for the “walk out” on the Indian tour late last year. Bravo was the West Indies ODI captain on this tour. When one has a look at Bravo (164 ODI’s) and Pollard’s (54 ODI’s) contribution to West… Continue reading

Whilst one-day cricket will be on the minds of cricket fans all over the world with the World Cup coming up in February 2015, attention will for a short moment shift to test cricket. The Proteas take on the West Indies in a three-match test series starting on 17 December in Centurion and ending with the traditional New Year’s test match at Newlands from 2 – 6 January 2015.  The second test match starts on Boxing Day in Port Elizabeth. In 2007 Port Elizabeth was the scene of the West Indies’ one and only triumph over the Proteas on South African soil.  The hosts, however, made amends in the rest of the series and comfortably won the next two test matches – by 7 wickets and an innings and 100 runs respectively. On the West Indies’ first tour to South Africa in 1998/9 the Proteas whitewashed them in a… Continue reading 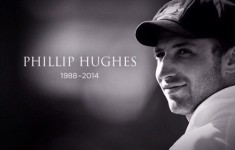 The tragic death of Australian batsman Phillip Hughes shocked the cricketing world. It rekindled memories of the death of Chris Burger, the Western Province fullback who broke his neck in a Currie Cup match in the Free State Stadium during the 1980’s. It left fans with the same sense of loss and sadness. It was fantastic to see how the cricketing fraternity around the world rallied in mourning the death Hughes and celebrating his life.  It proved that cricketers have a special bond that is above race, religion or creed. It was wonderful to witness and experience. The untimely death of Chris Burger lead to the establishment of the Chris Burger fund that today raises millions of rand to assist rugby players that are severely injured during matches. This is a great legacy for a man who lost his life playing the game he loved. It remains to see what… Continue reading